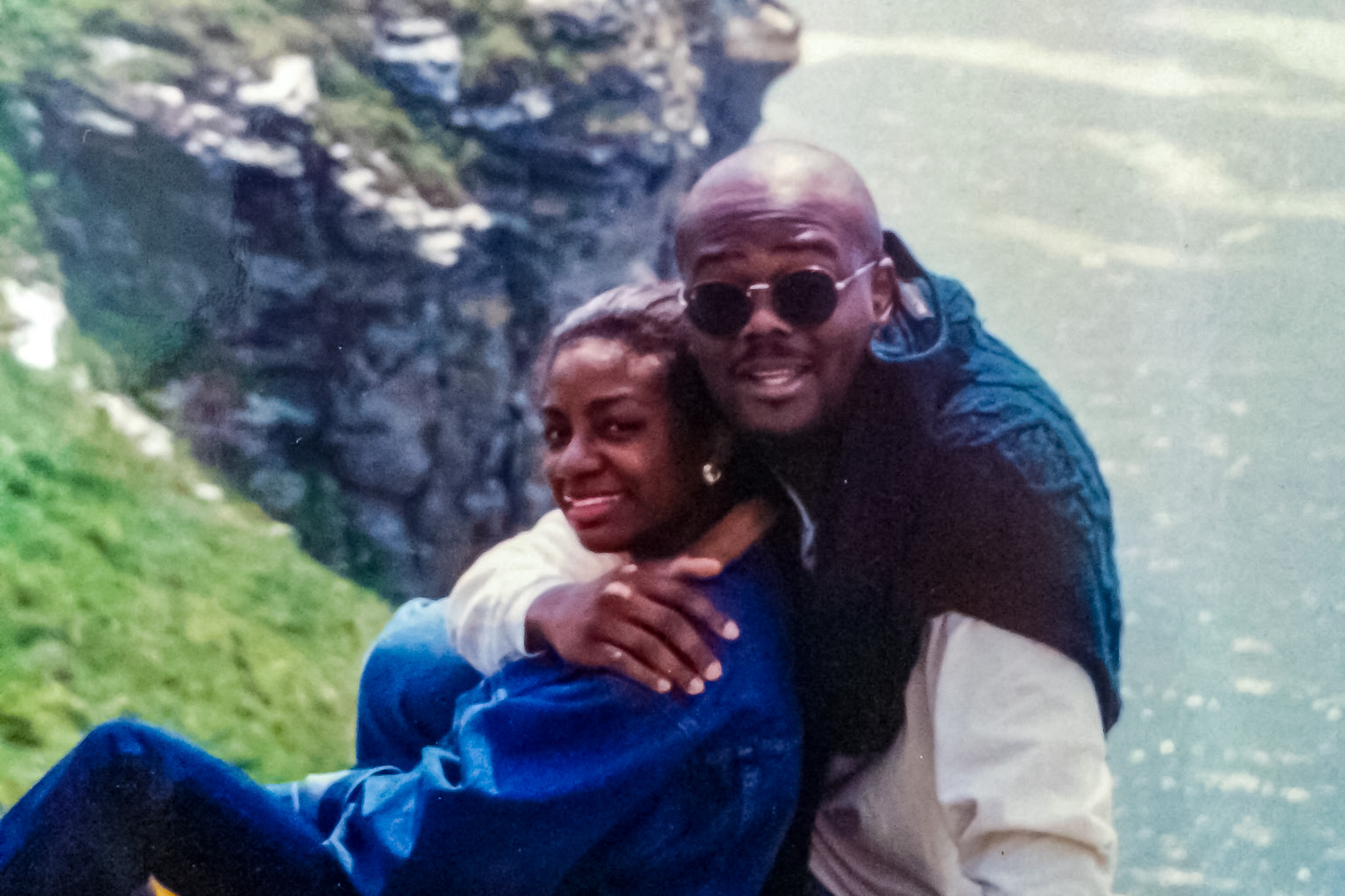 There’s much to be gained when there’s no ulterior motive.

“Baby babisco, what are you doing this weekend? Come visit me at work.” David asks for the umpteenth time.

I give in and make my way to his work place at Jacques Vert HO in Whitechapel the following Sunday. When I get there, the atmosphere at his workplace looks quite cosy. I see a sofa, magazines, TV, video recorder, video tapes, kitchenette and food. I wonder if I’ve made the wrong decision because we’re the only ones in the building and for a split second, I contemplate what I might do if he tries any hanky panky. One could say it’s a bit late in the day to have such concerns because David and I have been here there and everywhere together.

We’ve now been buddies for over a year. We hangout together quite often and sometimes with friends. The other night he’d popped round with a friend. As he walked in, he tells me it was his friend’s suggestion they come visit. It turns out his friend was having a tough time in his marriage and was in need of some entertaining company to take his mind off his woes. “Let’s go visit your friend Kehinde, she seems to be lively.”

I was was in my bedroom when my sister came to tell me I had visitors. I came down in my stripped short PJ jumpsuit that looked like a prison uniform, and my permed hair had formed a Mohawk style from lying down. After they left, my sister asks me if there’s something going on between David and I. I tell her we’re just friends. I wouldn’t have come down looking like that if there was.

But then, when feelings change, motive also changes.

“Baby babisco, I think I’m beginning to like you more than a friend”

No no no! I jump up from the floor where we’d been lying down talking.

“Don’t you have anything to say about what I just said?”  David retorted.

The drive home is silent and my mind’s all over the place. How could he do this to us? How could he mess up the good thing we have going?

All sorts of thoughts run through my mind afterwards. How could I even consider this guy as a boyfriend? We get along perfectly, but it seems like he’s been all over the place. Only the other day when I picked up his phone when it rang and passed it to him, I could hear the female voice on the line giving him the third degree. How could I possibly date this guy? I knew too much about him. There’s no way we would work and that would end a good friendship.

In the days after, anytime David called he got a frosty reception. After about a week, he calls and says, “Look, I didn’t plan to like you more than a friend, it just happened. What’s the big deal, if you don’t feel the same way, we can still be friends. No need to start behaving funny.”

He was right. I should have handled the matter better. It’s just that, the reoccurring dream of me marrying the wrong person in haste still bothers me. Nevertheless, I tell him he’s going to have to marry me because I had no plans of becoming a number on his list.

This took him by surprise, “What?!! Who said anything about marriage?”

A happy marriage is one of the hardest things to achieve in life.

I didn’t get married in haste like I feared. We dated for 2 yrs before we got married. Without a doubt we were head over heels in love and married as best friends. However, marrying my best friend didn’t guarantee a blissful start. Reason being, everything changes when you move from platonic friendship to a romantic one. I unwittingly assumed we would continue to flow as friends. On the contrary, we didn’t. We both had different ideas of what married life should look like. As a result, the differences in our upbringing, expectations and values caused friction.

It started with little things like, “my mother’s Efo Riro (spinach soup) tastes different” getting on my nerves. “Go flippin’ marry your mum if her Efo tastes different, this is how my mum cooks it and I like it!” I lacked the maturity to manage the transition and this caused a whole host of problems because I didn’t receive his corrections well and eventually, resentment set in. Rather than pay attention to what was actually being said, I started to wonder why all of a sudden, it seemed that I who could do no wrong, suddenly could do no right, Admittedly, in times of friction, I felt we’d been better off as friends.

Love subsequently changes with the reality and responsibility of marriage and starting a family. It either disappears, matures, or gets a pair of glasses according to David who will tell you his love went to Specsavers. We’ve reminisced about those early years over and over again. Undoubtedly, they’re many things I would do differently today but ultimately, when two people with strong characters marry each other, ermmm….

To round up, something made me to go down this road in January, not sure what. Initially, my intention was to start the year with some humour. I might have drifted off that road a bit. I’ve obviously enjoyed digging up a few memories in this 4 part series. The more I wrote, the more I thought about those early care free years when we were just two people having fun without strings or expectations and how our relationship has evolved since then.

Over the years, women have asked me how to get a husband like David. It’s a question that has often taken me by surprise. Back then, I had no plan or formula. I was younger, friendly, ignorant, naive, and without guile.

What should my answer be then? Be friendly, ignorant, naive and without guile? Hahahaha…

Is it possible for 2 people have a happy marriage and not be friends?

Can marriage endure the test of time without friendship?

Is friendship an important element of a successful marriage?

How important is friendship in a marriage, will it help a marriage stand the test of life?

I’m keen to know your thoughts if you would kindly comment below.

He now loves my Efo Riro.

Related posts in this series.

What Your Need To Live Imperfectly Happily Ever After.

Discovering That Not All Men Make Great Friends.