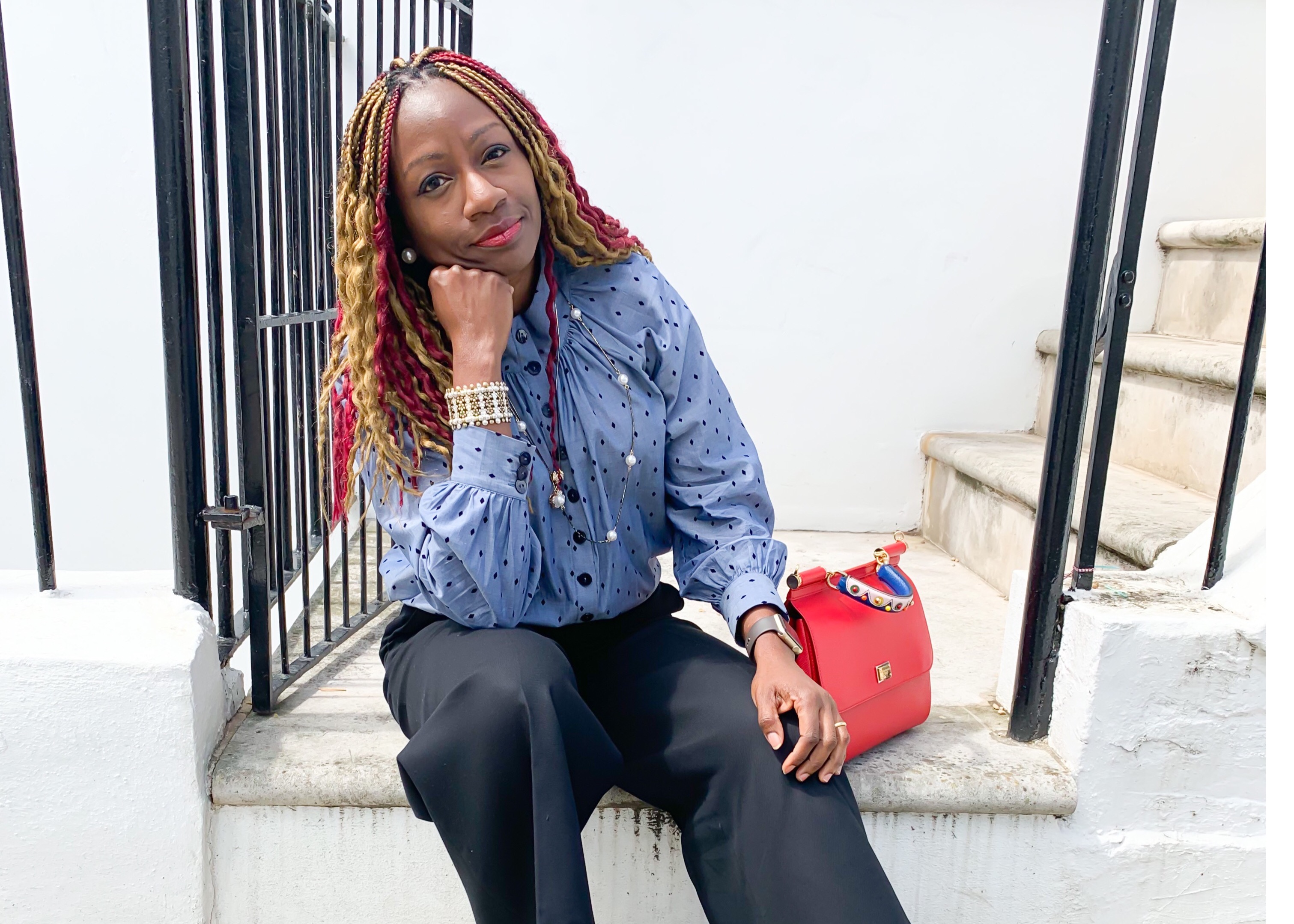 My son really enjoyed his whole university experience, so much so that he expressed the desire to do a masters degree straight after his first degree because he felt wasn’t ready to go into the work place. He often talked about loving having longer holidays in university compared with secondary and primary school holidays. He figured that if he did a masters degree straight away, he’d extend that experience by another year. We agreed that doing a masters degree is a good idea, but only for the right reasons. He graduated and declared that he was not ready to start work and wanted time off to work on “stuff”.  “What stuff?” we asked. He said he had projects to work on. Hmmm……

I must say, I had visualised K doing internships during his holidays, attending all the graduate recruitment events diligently and walking straight into a job from graduation. This is something I had often talked to him about way before he started university because I felt it would be easier to get a job if he did all that. Little did I know that it was going into one ear and coming out of the other straightaway. Thinking about it now, I’m not sure I ever asked him how “HE” planned to approach the whole uni/internship/work experience thing, all I did was tell him how best “I” felt he should approach it.

K did the exact opposite of what I’d been advising him to do. He decided he did not want to work during the holidays (he wanted the time for himself), he did not diligently attend recruitment events (though he claims he attended one or two), and he did not walk into a job straight from university because he didn’t apply for any. He hadn’t even gotten his CV together.

How does one approach this?

Should we give him the African parent talk or should we listen to him? We listened. His explanation was simple, he explained that once he starts work that’s pretty much it till retirement, and this was the only time he felt he could take a long break. He also explained that he had some goals he wanted to achieve before starting working life.

Why not?  We never had that luxury. The burden of family expectations back at home meant that David and I hit the streets looking for work the day after we arrived in the UK straight after graduation. We both held down full time jobs whilst doing our Masters degree. It would have been great 30yrs ago to land in the UK and just have some fun and not feel we had to jump at the first job because we had to send money home.

He wanted a year, I said 6months. He took a year. I watched as the days, weeks, months rolled by, my son was sleeping a lot, waking up at noon, eating us out of house, going to the gym, playing tennis, meeting up with friends, doing lots of art drawing, watching videos and he claims, learning programming languages. At some point early this year, he announced that he had achieved his weight training goals and was going to get his CV together and would start looking for work. Huh??? Weight training goals????  By this time,  I just dey look the young man for house. I’ll greet him when he turns up out of his room at noon, “Bobo K! You alright?” and resist the temptation to say more. There were times when it was great to have him around and there were times when I would think to myself, “go get yourself a job!”.

He’s a likeable smart millennial and coupled with the fact that we put our trust in God, he went to all the right educational institutions and got the grades, we his parents had no worries that he would get a job when he started looking. We were confident that with the right attitude, mindset and approach he would be fine.

Now, the reason for this blog.

What I found really interesting over this one year is how ‘well’ meaning friends and acquaintances engaged him in discussion on the matter. Almost everyone assumed without bothering to ask, that he was looking for work and just hadn’t been successful, so they would offer unsolicited advice. “Try this or that”, “I’ll ask this person I know how they got a job”, “Apply here”, “Do this or that”, “Register here or there” “I’m sure you’ll find work soon, keep looking” etc…  Someone even said that I should make sure he gets a job now now now and gets out of the house. She was very emphatic about it. That made me laugh.

Usually, if I’m there, I’d only listen on the conversations with half an ear because my son can handle himself. I’d just let him get on with it. But, I’ve had to cut in on a couple of occasions. For example, I was a bit surprised recently by my first conversation with a woman I had just met for the first time. K and A were with me, and she asked K what he was doing, he told her he graduated last year, before he could say more, she started to talk about about how it doesn’t look good from an employers perspective if he graduated a year ago and hadn’t done anything. She then suggested he look into apprenticeships because her son who is doing A’Levels is doing one and they can be good.  All this without knowing anything about Kash or bothering to ask.  You meet a young man for the first time, don’t know anything about him, what he has been doing or what sort of household he comes from and then you decide to make comments about his situation and “advice” him to apply for apprenticeships? I had to butt in and say there was absolutely nothing wrong with taking a break after university and that it was in no way going to hinder his job search and as a graduate of a top 10 UK university, he didn’t need to look for apprenticeships. On that particular day, Kash had already had his first job offer but she didn’t know that because she had made assumptions. As far as she was concerned, I see this young black man in the gym regularly, he looks like a good kid, he graduated a year ago, he must have been looking unsuccessfully and he hasn’t been successful because he’s been at home for a year doing nothing, let me tell him employers don’t like that and should consider apprenticeships. This is the way it came across.

As I am typing this, I really have to commend my son for the way he’s handled himself over this matter. He made a decision to take a break and was taking it irrespective of what his parents and other people thought. Obviously, if we had objected to it, he would have gone and started work, but we let him do it.

Comments and advice by well meaning adults has highlighted a few things. And with the rising cases of mental health challenges nowadays, this has made me think more about how I engage and conversations with the younger generation especially. I actually dislike giving advice when not asked. It’s something I refrain from and I almost always (but not always) resist. I’d also like to think that my generation don’t make the same mistakes our parents did, that we listen more and are more flexible, but I’m not too sure about this.

Obviously, if it’s not your child, you could look at it as, saying just anything for the sake of saying something. That’s worse than saying nothing imo because it means that it really wasn’t well meaning. If you mean well, you’ll ask before you speak and after you’ve listened, you’ll be in a better position to say something more appropriate. Something that indicates that you’re not disconnected from the realities of what life might be like for the younger generation in the world that we live in now.

The first step should always be to ask questions and listen. If advice is not needed we shouldn’t give it. A lot of people start the conversation wanting to give advice. It’s almost as is they have a standard approach to engaging the younger generation and as a result they miss things. They miss the most important things. How many times have we missed it because we failed to pay attention, because we made assumptions and didn’t bother to find out the facts?

Secondly, if we really want to concern ourselves with helping other people, we should ask if help is needed, find out where it is needed and if it is being given by other people before we go off on the wrong tangent. If help/advice is not needed, it’s okay to LISTEN and allow the youngster to talk about their plans. We don’t have to say anything. To many of these young adults, that an older person took the time to listen to them is huge. They appreciate that much more than unsolicited misplaced advice.

I was confident that when K was ready to start looking for work he would be fine. His father (who works in the same industry) deliberately let him do things his own way, only giving input when asked.  Dad feels that, for a boy to become a man he needs to make his own way in the world. The young lad has secured himself a very good job. He starts today, exactly a year after graduation.

All glory to God.

Read my other blogs: