I Fell Out Of Love With Large Handbags For My Health 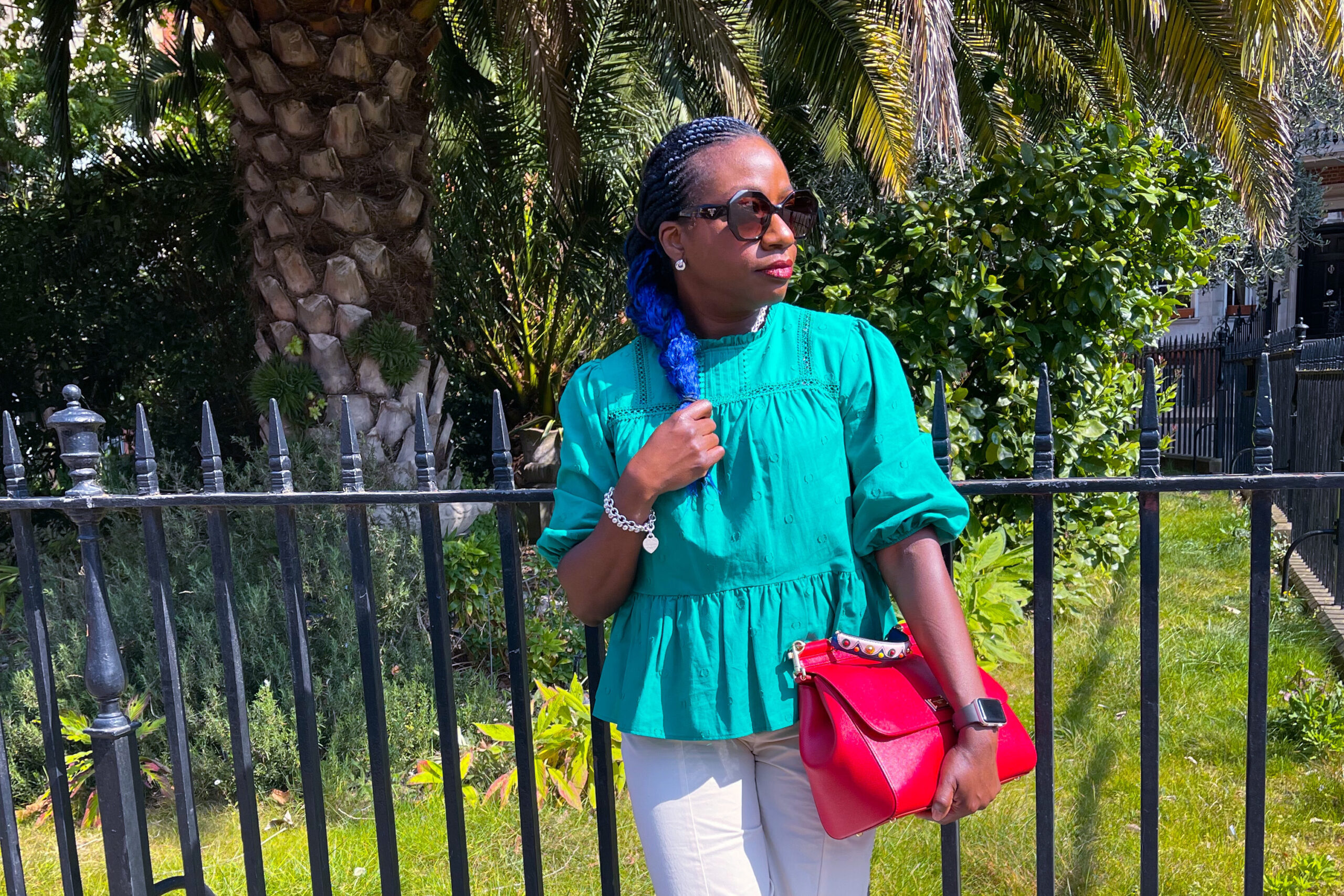 I fell in love with large handbags when I spotted the Luella for Mulberry Gisele bag in a magazine. When the Gisele handbag came out in 2001, it was an instant it and I had to have it. It was one of the most beautiful designs I’d ever seen. I ordered it online and when it arrived, it looked even better than in the magazine. It felt a bit heavy empty, but I didn’t think too much about it until I first used it.

I’m going to liken the experience to carrying 4kg dumbbells around all day. I attempted to carry the bag on a couple more occasions after my initial experience with the hope that I’d imagined how heavy it was. Sadly, it was not to be. The Gisele bag remained unused in my wardrobe for a few years before I finally sold it on EBay in 2007.

I developed a thing for Mulberry handbags.

I bought my first mulberry handbag in 1995 when Roger Saul owned the company. It was a shoulder bag made from khaki fabric trimmed with brown leather. Inspired by the quality of the workmanship, consequently, over a 17yr period, I bought uncountable mulberry bags, accessories (purses, key rings, iPhone cases, laptop cases, iPad cases, shoes) and luggage. I loved the brand and formed a habit of buying the latest designs when they were released. I’d use the bag for a few months, after which I’d sell it on EBay in tip top condition.

Why I fell out of love with Mulberry handbags

I fell out of love with Mulberry bags around 2012 when I noticed a significant leap in the prices of the brand’s handbags. Prior to Bruno Guillon joining Mulberry from Hermes as CEO, the bigger Mulberry bags like the Bayswater and Roxanne sold for between £495-£595. When Bruno Guillon took the helm, overnight prices shot up significantly. All of sudden, I was seeing bags like the Bayswater priced around the £1500 – £3000 price range.

During Bruno Guillon’s time at Mulberry, the company lost a large chunk of it’s loyal British fan base. Gullion’s mistake was attempting to fix something that wasn’t broken. He apparently started using more expensive and exotic leathers with the aim of repositioning Mulberry in the luxury goods market beating luxury brands like Gucci at their game. Undoubtedly, profit increase was behind it. Unfortunately, his efforts had an opposite effect. Mulberry’s raving fans stopped buying their bags. Fans like me looked elsewhere (like Prada at Bicester Outlet) for our handbag fix. It is reported that Mulberry lost two-thirds of its market share at that time.

When I fell in love with Mulberry Bags, the brand had built its reputation on comparatively affordable luxury accessories, The Bayswater and Roxanne had worldwide iconic status. Everyone wanted to own one and as a result, the company’s sales sky rocketed. Many of us fans bought those handbags in different colours. Needless to say, Guillion’s reign didn’t last and he was booted out after 2yrs. Mulberry tried to comeback with price cuts in 2014 (not good enough in my opinion) and I doubt the company’s sales has since reached their all time high.

Large handbags have slowly been going out of fashion.

Fashion trends influence handbags sizes. At the moment, smaller dual strap cross body bags for daytime and micro mini bags for evenings out are trending. Will the trend ever shift back to huge bags? I think so. Trends start on the runway and filter down to shops and shoppers via the press, celebrities, social media influencers and bloggers all over the world.

If designers decide to shift the trend back in the big bag direction, then that’s mainly what we’ll see in the shops or online.  My guess is, in a few years it will. The die hard fashionistas will subsequently follow the trend and shoppers like me, who don’t fancy carrying weights around will pass.

I took one look at myself in the mirror a few years ago and noticed one shoulder was higher than the other. “That’s odd” I thought. I shook my shoulders up and down, relaxed them and to my horror, they looked lopsided. How did this happen? I didn’t make the connection with my handbag until a months later when I spotted myself in the mirror with my handbag on my shoulder. One shoulder was higher than the other.

I’d lived many years carrying heavy leather bags before I noticed my lopsided shoulders. Even though over the years people (including my hubby), had commented about how heavy my handbags were when they lifted them, I still bought big bags. Initially, bags like the Roxy and Bayswater were made with natural Darwin leather. Darwin leather is beautiful, and the older the leather the more beautiful it looked. However, Darwin leather is heavy, which means the bags are weighty empty.

When I finally began to pay more attention, I realised many of my bags felt heavy even before I packed  them with stuff. I’ve since sold off all my heavy bags and now only have one, a large black Alexander McQueen Heroine bag for sentimental reasons – it was a gift from hubby.

Now, no matter how beautiful a bag is, at 52yrs young, the practicality of logging it around usually knocks sense into me buying it.

According to Dr. Caleb Spreiter, a chiropractor based in Oklahoma, “Carrying a heavy bag on the same side of the body for a long period of time can cause the shoulder to roll forward and down. This will, in turn, cause the muscles in the upper back and neck to stretch, and can lead to weak muscles. If this continues, thoracic outlet syndrome can occur.” Read the full article here,

Is Your Bag Wrecking Your Back?

Apparently, according to research, carrying heavy handbags over a long period can cause muscular imbalances. This can lead to all sorts of pains (back, shoulder, arms) a pinched nerve and unbalanced gait.

Tips to avoid having lopsided shoulders

This Season’s Must Have Colour Is A Vibrant Delight.