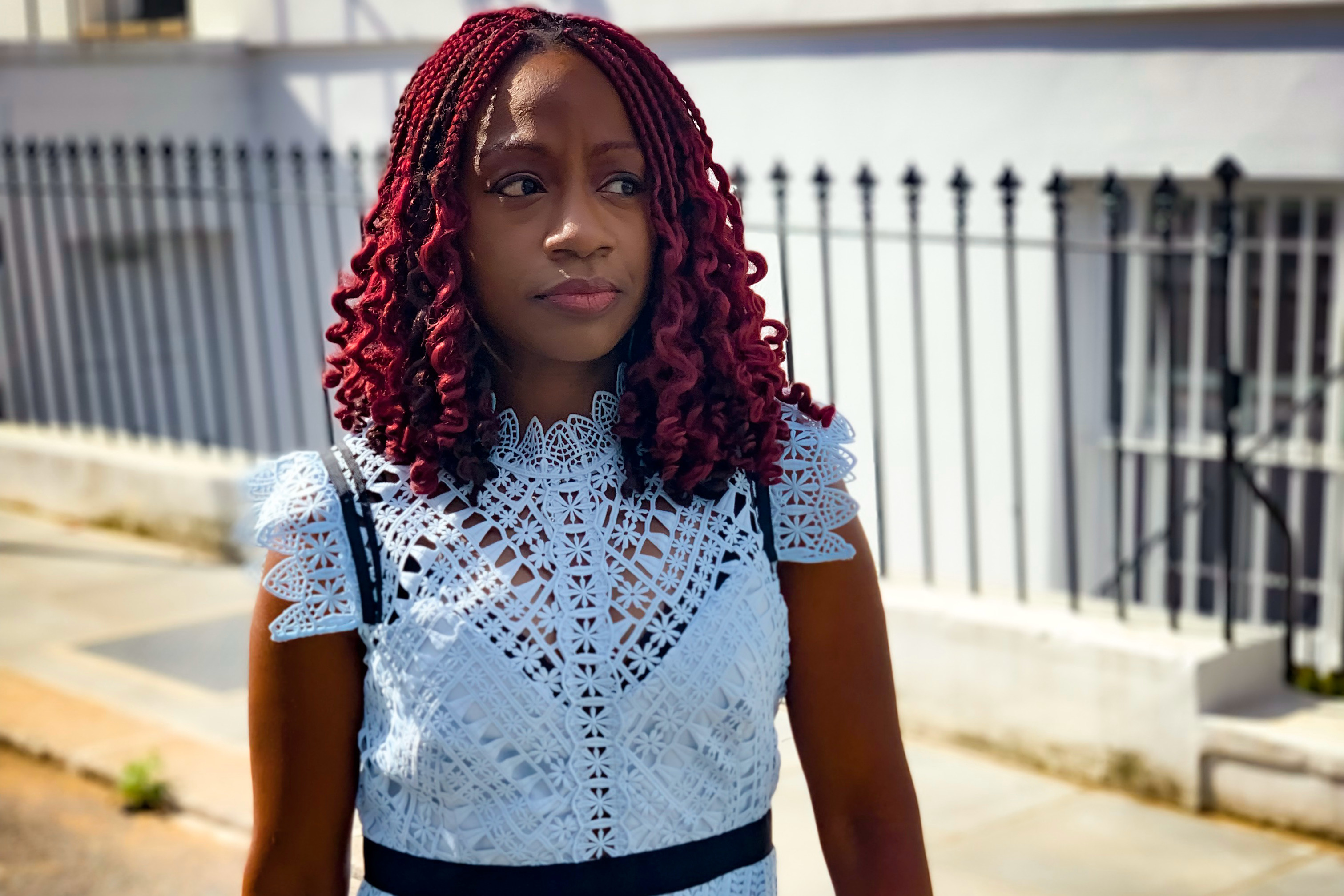 Having a great big bash to celebrate the day was something I considered for a split second and decided against very swiftly. In the preceding year and months, my husband had been asking how I wanted to celebrate the day and I kept on saying I wanted a quiet one. To be honest, having a party that puts me at the centre of attention is not really my thing. I would struggle with that.

I did think of having a swimwear photoshoot though. Something different from the usual make up, dress up to the max thing that seems to be the ‘in’ thing in Nigeria at the moment. Since I’m not a follow the herd sort of person and I usually go in the opposite direction to what everybody else is doing, I figured that a dress down bikini photoshoot would be something I’d really remember fondly afterwards. I’d been doing some very specific workouts for my #fiftyinabikini photoshoot and I was ready for the shoot.

Then, on August 12th 2019, driving up my road from the opticians with my daughter in the front seat, in a split second we found ourselves on the other side of the road, facing oncoming traffic, airbags popped out, smoke coming from the car, windscreen smashed, drivers front wheel side mangled. It felt like I was in a movie, I heard voices shouting, “get out, get out, there’s smoke”.

My husband, the police, ambulances and fire engines were at the scene in minutes.  Neither Abi nor I could remember what happened only that one minute we were driving and the next we had crashed to the other side. Thankfully, both of us and the lady who’s oncoming car we crashed into were able to come out of the car. We were checked over by emergency services and aside from shock, we were okay. The ambulance crew kept asking if we were sure we were ok and that from the look of the car, we should be feeling something. They said we would have after effects the next day – but that didn’t happen.

Aside from the mental and emotional trauma I felt, physically it seemed as if I was fine until exactly 10 days later on 22nd August (GCSE results day) as I was walking with Abisola out through the back garden to take her to school for her GCSE results, the world suddenly started spinning and I fell to the ground in our garden, my neighbour called the ambulance and my daughter ran into the house to get her father who happened to be working from home.

I found myself wheeled into AE. It seemed kinda strange. I’ve only been admitted to the hospital twice in my life – when having both of my children and on both occasions, I was discharged within 24hours of delivery. I rarely even go to the GP’s surgery, so lying down on a hospital bed felt strange. I had kept myself fit and healthy, I had no prior health issues and have never been on any medication. This was a huge shock. I did all sorts of tests, blood tests, urine tests, heart tests, chest X-rays. Thankfully, I was discharged after a few hours.

As the days rolled by, I struggled with fear, panic attacks throughout the day, insomnia, dizziness, unsteadiness, balance issues, and, loud noises and bright lights affected me. So much so, I was afraid to get out of bed, talk-less of leaving the house. So I kinda lived on my bed.

All sorts of morbid thoughts crept into my mind during this period, “Why do I feel so disoriented, am I dying? Why I’m I unsteady? Do I have a brain injury?” At some point, I began to think of all the years I’d been preaching about health and fitness. How ironical it would be that after all these years, I would pass just like that. I actually considered what people would say and I was saddened to think that it would not be an encouraging result to those who I’d preached healthy living as a means to a long healthy life to in the past.  So, I thought, “I’d better shut up and stop talking about that”.

David insisted I stop driving and working out, so I did for 8weeks. 8 long weeks, no structured physical activity – that was tough. During that period, because my world was unsteady, my husband followed me everywhere, I’d often have to grab hold of his hand because I would feel like I was about to fall.  He would even sit with me when having a shower.

Immediately after the accident, I felt a mixture of guilt and grief. I can’t really begin to articulate all the emotions that passed through my mind on that day. A few hours prior, we had heard that my father in law had passed away. I felt so bad about the extra weight this incident would place on my hubby’s shoulders. An accident is not a good thing and there’s never a good time to have one, but the timing of this one was not good at all. However, despite the weight of it all, he said he was just grateful no one was seriously hurt. It could have been much much worse.

Indeed, my hubby is right, the only way to look at it is with praise and thanksgiving to God for his protection over us. I am grateful that God’s unmerited grace, love and mercy abounds in our lives.  We have and we continue to experience his loving kindness and tender mercies.

I love this song by Donnie McClurkin which kind of sums it up a bit.

“Where will I go without Your hand holding me?

And how could I live without You I can’t see

Lord, what will I do with Life, where will I go?

How would I handle things?

All that I know

When I call your name

You’re right near me

Your hand is there

Right there to hold me……”

I am beyond grateful that  no one was seriously hurt. I’m grateful for my husband, he was working from home and was at the scene in minutes, he stayed at the scene with the police (who had to direct the traffic on the blocked road) for several hours afterwards. I’m married to a man who is strong, and takes care of me despite what he calls my sometimes last born ways. I call him my superhero.

I’m grateful that what needed to be replaced was what could be replaced – the car. And that God in his infinite mercy always makes a way.

I am grateful that all my hospital tests results came out fine. Actually, more than fine, they were really good. The doctor suggested I do another batch (which I did ) because she could see in my eyes I wasn’t convinced about the first results. Quite a bit of comment was made about my health by the nurses and doctors I saw, apparently I’m in very good nick for my age. Sudden dizziness they say, is something that can happen all of a sudden but is not life threatening. Did the car accident trigger mine? I don’t know. All I know is, prior to my first episode, (I had 3 in total) I’d never experienced it.

I am grateful that I’m able to gradually return to regularly exercising. My fitness is no where near what it was in August, to be honest, I’m just happy I can move.

The big news I have for 2020 is that I will not be coaching others or facilitating healthy lifestyle challenges. I’ll be taking a break from that and exploring new horizons. This is something that I’ve thought about all year long. The accident has made me really think about the things I want to do in 2020. Things I’ve had on my mind for a while but never quite had the courage to do. Now is the time to re-focus and head in that direction.

That bikini shot will probably still come one day, but it won’t be contrived, (hahahahaha) it will be a natural shot taken on some nice beach somewhere. And that will be in the not too distant future.

There’s this saying of mine with regards taking care of our body, “Do your bit and leave the rest to God.” I still firmly believe that our body’s are a temple and that we Christians most especially, need to take care of our bodies if we say we are God’s creation. Excess of anything causes an imbalance. Excess weight and lack of fitness doesn’t do anyone good.

Have you ever experienced sudden dizziness? It would be great if you shared your experience.