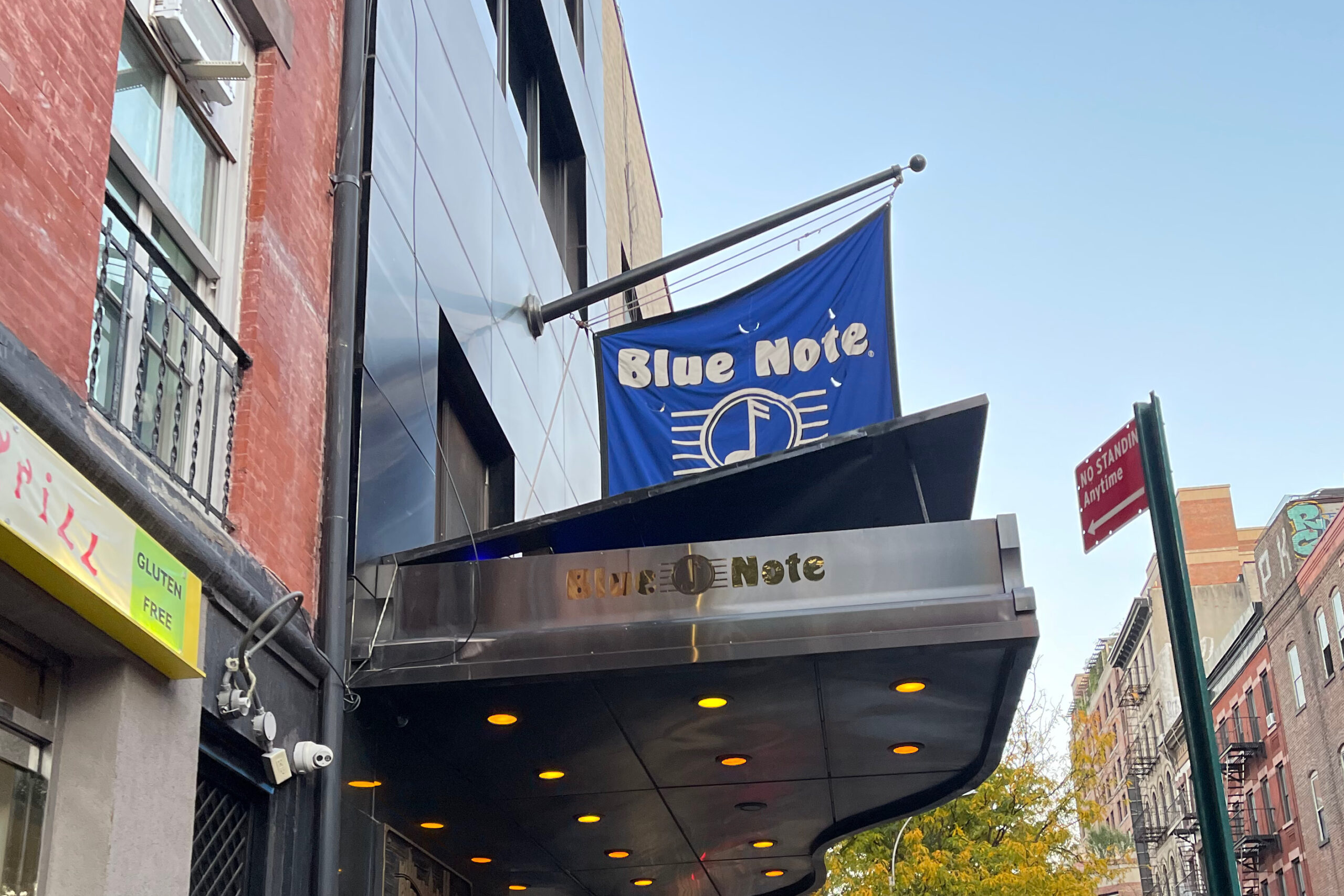 Here’s my experience at the Blue Note Jazz club. It should be noted that, I am by no means a Jazz aficionado. My husband is one though. He’s very much into his Jazz music.  I, on the other hand, listen to Jazz only when he’s listening to it and I’m there, or if Jazz FM is on in the car when I’m driving and can’t be bothered to change the station.  Admittedly, I’ve been to a few Jazz performances with him, like at the 606 jazz club and jazz concerts (eg George Benson, Esperanza Spalding) which I enjoyed.

In spite of, because David loves jazz, I thought it would be a great idea to hear some live jazz music in one of the New York City Jazz clubs. I did a bit of research and narrowed the clubs down to 3 famous ones, Village Vanguard, Birdland and Blue Note. When the calendar for the October performances came out, I told him Robert Glasper was playing at the Blue Note. He asked me to book it straightaway. I had no idea who the artist was, David obviously did.

The Blue Note Jazz club is a world famous club located on W.3rd St in Greenwich Village NY. It’s also one of the most expensive jazz clubs in NY. It opened in 1981 and is one of the premier jazz clubs in New York. The likes of Sarah Vaughan, Dizzy Gillespie, Ray Charles have regularly performed at the Blue Note. Apparently, at the Blue Note, it’s not unusual to have the likes of Tony Bennet, Quincy Jones, Stevie Wonder come on stage from the audience. For this reason, needless to say, I was excited and really looking forward to the Robert Glasper performance.

Blue Note has locations in other parts of the world like Hawaii, Rio, São Paulo, Tokyo, Milan, and Shanghai.

Our table tickets were for the 8pm performance on 21st October 2022. We were advised to be there when the doors open at 6pm if we wanted good seats because, the tables were allocated on a first come basis. We got there bang on the dot of 6pm and joined the short queue. About 6.10pm the doors opened and we were let in.

We asked for seats with a good view and were led to seats just next to the stage. David asked me if I wanted to sit a bit further away, I insisting on sitting next to the stage, thinking that would be the best view. Though we sat a few feet away from Robert Glasper, I being 5”4 could see him very well but, only the top of the heads of some of the other musicians. I looked around the venue and saw that there many tables too close to the stage to get a view of the whole stage.

Jazz clubs are rather small compared to other music venues. The performance are small and intimate live sessions. However, the seating at the Blue Note was uncomfortable because the tables were tiny and too close to each other! I had to be very mindful of how I moved so as not to keep bumping into the lady who sat next to me. She was so close, I could hear her heart beating! Hahaha! Seriously though, how in the world does one really get into the groove of a performance if I’m worried about ribbing the person next to me? Thankfully, the lady was quite friendly and we ended up chatting with her and her group for a bit.

The artist in residency

Apparently, Robert Glasper is a 4 time Grammy award winning jazz pianist, record producer, music arranger and songwriter. I guess that’s why he didn’t come on stage until sometime between 8.30 and 9pm for a session that ended at 10pm. Roughly 2.5hrs after the club opened. Could that also be why he gave us only an hrs session for our buck and said if we didn’t like it, “I got your moneys anyways” or something like that? The performance seemed to end abruptly with no encore. It felt like it had ended before it even started. Granted, Mr Glasper is obviously a talented musician and for the brief period we hear music from him and his supporting acts, it was good.  Very good.

Okay, I had read somewhere that the food was under par. I just didn’t realise how bad it could be. David advised us to get chicken sandwiches after seeing some of the food that was served to the other dinners. When the sandwiches arrived, I took one look at them and lost my appetite for some reason, so I took it away. 2 sandwiches, 2 drinks and 1 bottle of water came to $140. Ridiculously expensive for what it was! That price gets us nice fillet steaks at the Capital Grille. If we hadn’t been advised to get there for 6pm, we’d have been able to go for dinner and had something tastier elsewhere. I get the clever marketing, just not the quality of the food.

Here’s my gripe. Do such places think we’re mugs? Do they think we love music so much we won’t give too hoots about the quality of their food? Or maybe they feel that because the venue is a famous one we’d be so much in awe, and wouldn’t notice how bad the food is? Well we did! That’s because we like good food!

I’m happy we went. No regrets, it’s an experience to write about. I guess being together on a night out is what matters most.

Blue Note, please read your reviews… people want better from you. Serve better food, increase the size of your tables, tell your superstar artists to give customers value for their money because you wouldn’t be in operation if it wasn’t for your customers.