Visit Gibraltar In A Day, 5 Top Things To Do. 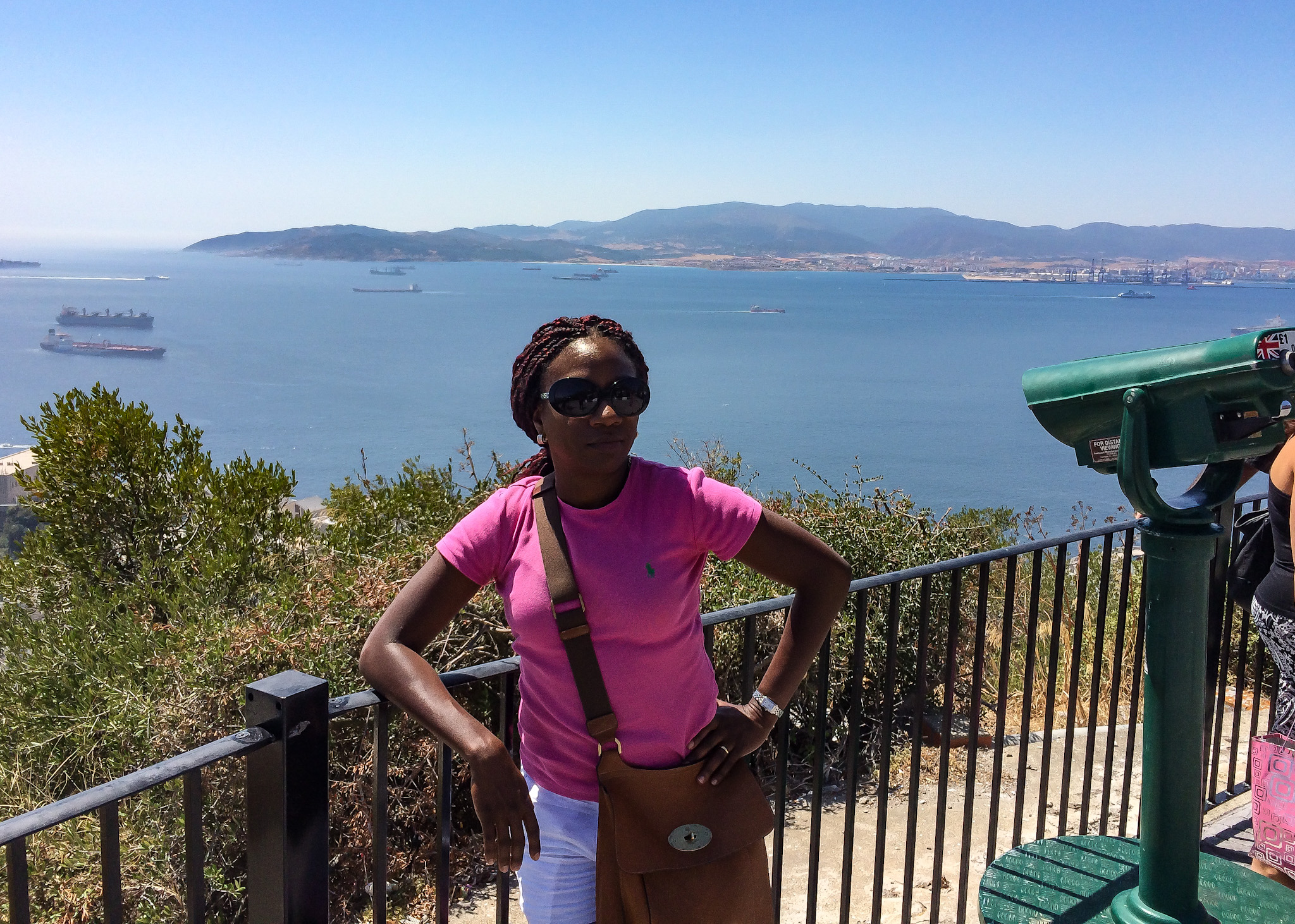 If you’re holidaying in the Costa Del Sol, then a day trip to visit Gibraltar is worthwhile. Gibraltar is a British territory even though it’s in Southern Spain. Because it’s tiny (5km long and 1.2km), it can be covered in a day. It’s not one of those cities you’d have to bust your gut to cover the main places of interest in a day.

I’ve never seen anything like it. We drove from Mijas to Gibraltar and drove over the runway through Winston Church Avenue which intersects the runway!!! The road closes off for take off and landing. The short runway ends at the sea. Thankfully, we didn’t fly in. I’ve read stories of the pilot slamming on the breaks at touch down because of the short runway. GIA is listed as one of the worlds most dangerous airports.

I’m sure you’ve heard saying, “solid as the Rock Of Gibraltar”.

The Legend Of The Pillars Of Hercules

You can see the North African side of the sea from the Rock of Gibraltar (also called Mount Calpe).  Legend has it that Hercules blasted through Atlas mountain and created two mountains (pillars). The Rock of Gibraltar and Jebel Moussa (Musa) in Morroco.  One version of Greek mythology is, Hercules set the mountains as a monument to himself for his achievements. The Strait of Gibraltar is the stretch between the two mountains that connect the Mediterranean Sea to the Atlantic Ocean.

The Rock is home to the Barbary Macaque Monkeys. These Macaque monkeys are Europe’s only wild monkeys. They have inhabited and roamed the rock for hundreds of years. They roam around the upper rock and can be seen on the trees and road all the way up to the rock. You can either walk up (not advisable on a hot day), take the cable car or a bus ride. Though the road up to the sanctuary is narrow and steep, the view from the top makes the hair raising steep drive worth it. If you’re into touching animals (not my thing), the guides allow you to touch and hold some monkeys. I suspect not all monkeys can be held, possibly only the ones trained to interact with humans.

This is the name given to a network of limestone caves situated within the Gibraltar Upper Rock Nature Reserve. Within St Michael’s cave lies a beautiful natural limestone formation phenomenon. The beauty of the formations are enhanced by coloured lights. This creates a  stunning effect. The entrance is 1000 feet above sea level and in it are a series of connecting caves. The cave has an auditorium which is now used for concerts and shows.
Exploring St Michaels Cave is an absolute must when you visit Gibraltar!

The Tower Of Homage

The Tower of Homage, built in the 8th century, leads to the Moorish Castle Complex. The tower was built during a period of Islamic rule when there was Islamic dominance in Western Europe.

Gibraltar, like all places with history, has an old town. If you’ve got time, and you like walking, then a stroll around the old town is nice.