It was my idea to go to and see The Sanctuary of the Madonna di San Luca. I’d been saying I wanted to go there since we arrived in Bologna. I had a vague idea about what to expect because I’d read about the uphill climb but what I didn’t do, was pay attention to the finer details like how long the climb was.

We started out from where we were staying on Strada Maggiore with the aim of walking to the Sanctuary. We knew the walk was 10km to the Basilica and back from Piazza Maggiore what we didn’t know was that 7km of the 10km journey is an uphill walk up the Portico of San Luca. The Portico measures 3796 meters (3.5km one way) in length and it is the longest in the world with 666 arcades. It links the sanctuary to the town. We set off about 4pm, the sun was not at it’s hottest but it was hot. When we reached the the beginning of the climb and saw the Portico, we were very grateful for the shade. 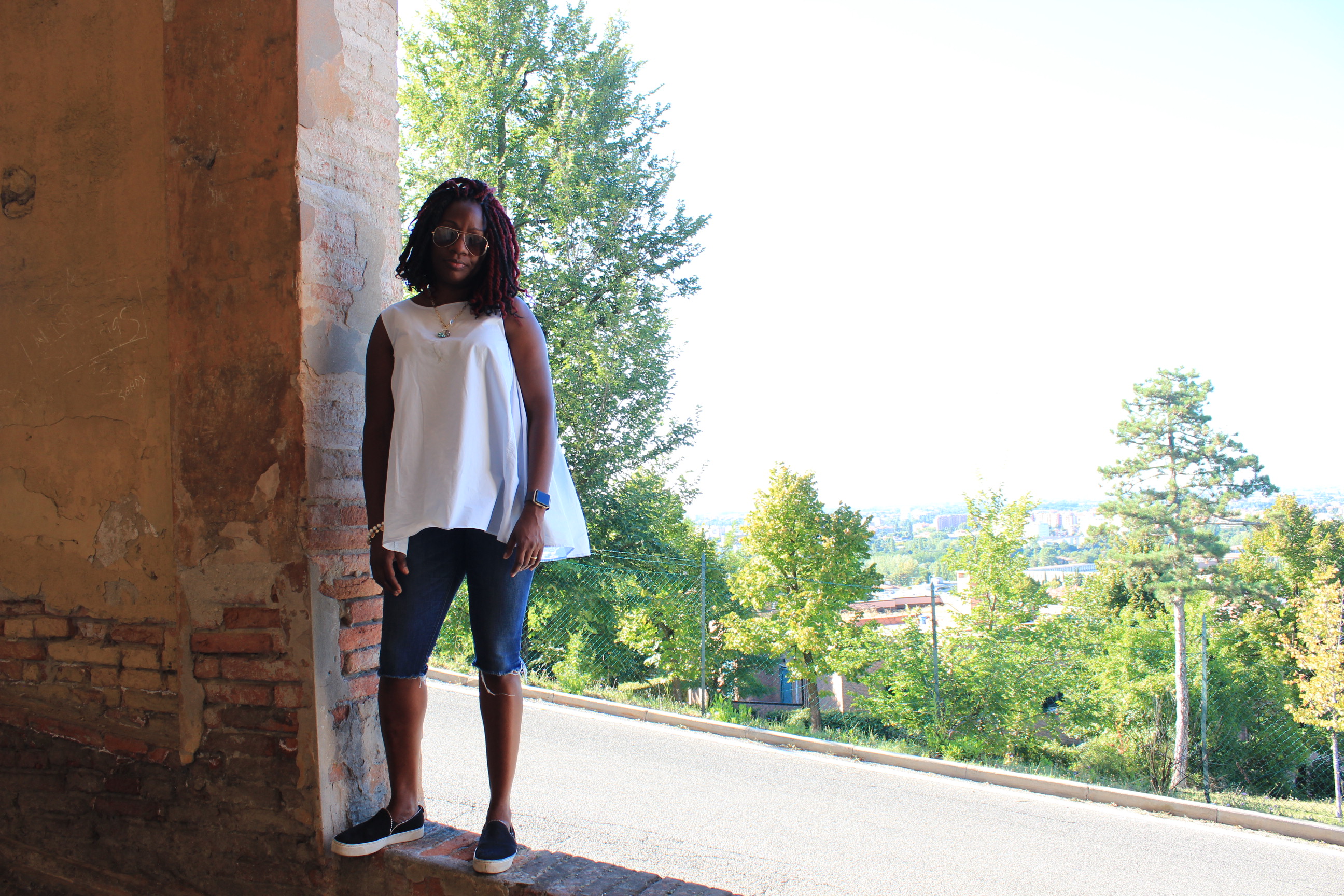 The minute Kash and Abi saw the uphill walk, they complained. I decided to make it easy for them by asking Abi (my camera assistant) to take some pictures so they could use about 2mins to rest. David on the other hand just walked past us and was out of sight the whole journey. I next saw him when I stepped into the Basilica.

As I was walking up, I began to appreciate the work I do in the gym. The walk is very tough and gruelling, it’s a cardio respiratory endurance test, it gave me an idea of my cardio fitness level. Along the way, runners ran past us from both sides (going and coming) and we could see cyclists on the roads to the left and right of the Basilica.

By the time I got to the Sanctuary I was drenched in sweat. I had left Kash and Abi behind, their wanting to take constant breaks was slowing me down.I walked into the church and took a seat next to David who was waiting for us.

When the children finally joined us, my son said he felt betrayed because he wasn’t informed beforehand about the uphill walk.
Hahahahahaha! What a guy! 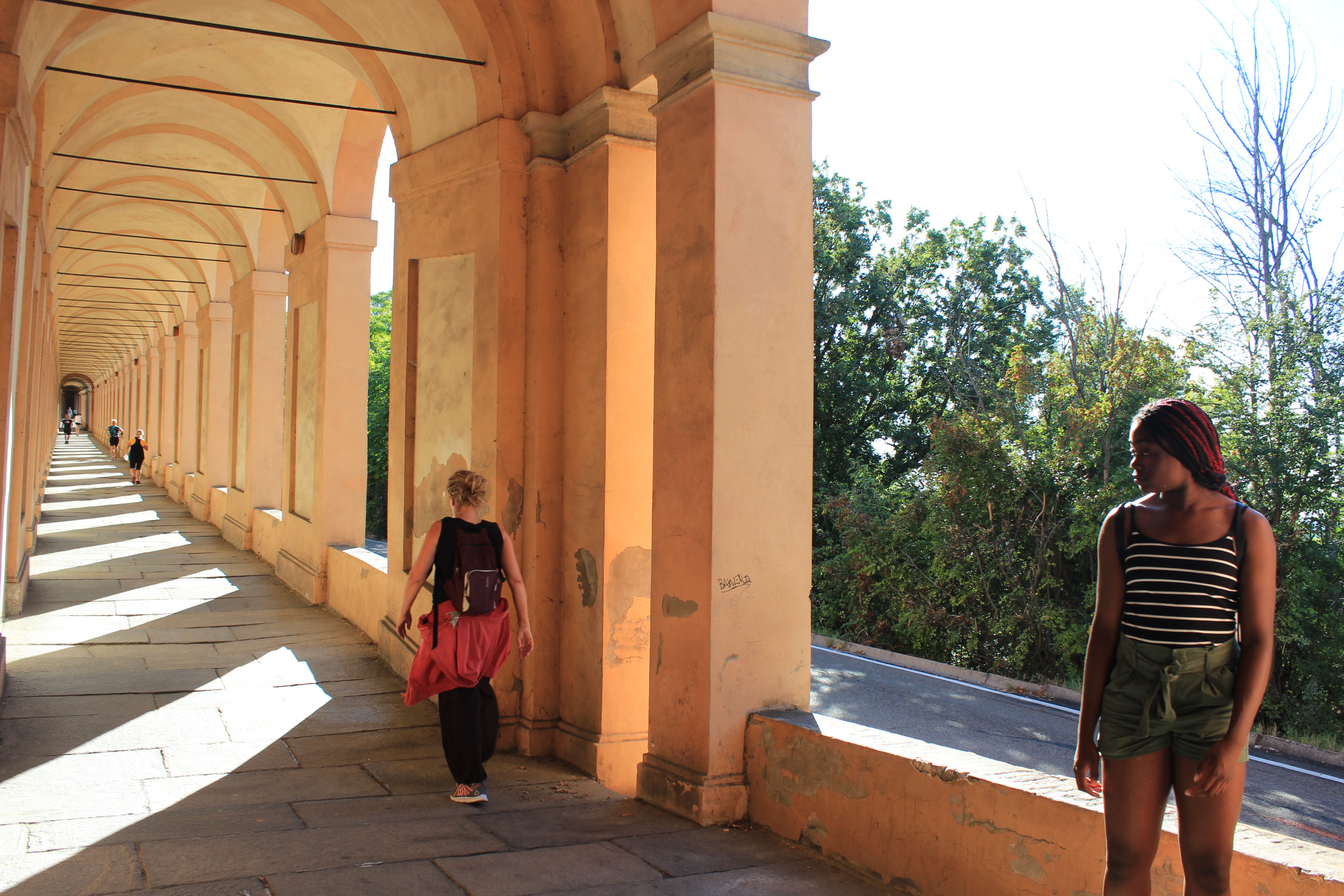 As we were walking up, we start to see glimpses of the amazing view ahead of us. That encouraged us to keep going.

The view from the basilica is amazing, you can see the city of Bologna. Standing on the left of the basilica, you see lush green and to the right you see all the old brown buildings in the old city.

With it’s Baroque architectural style, inside the Basilica (completed in 1765) is stunning. It’s 18th century architecture and craftsmanship is something to behold. 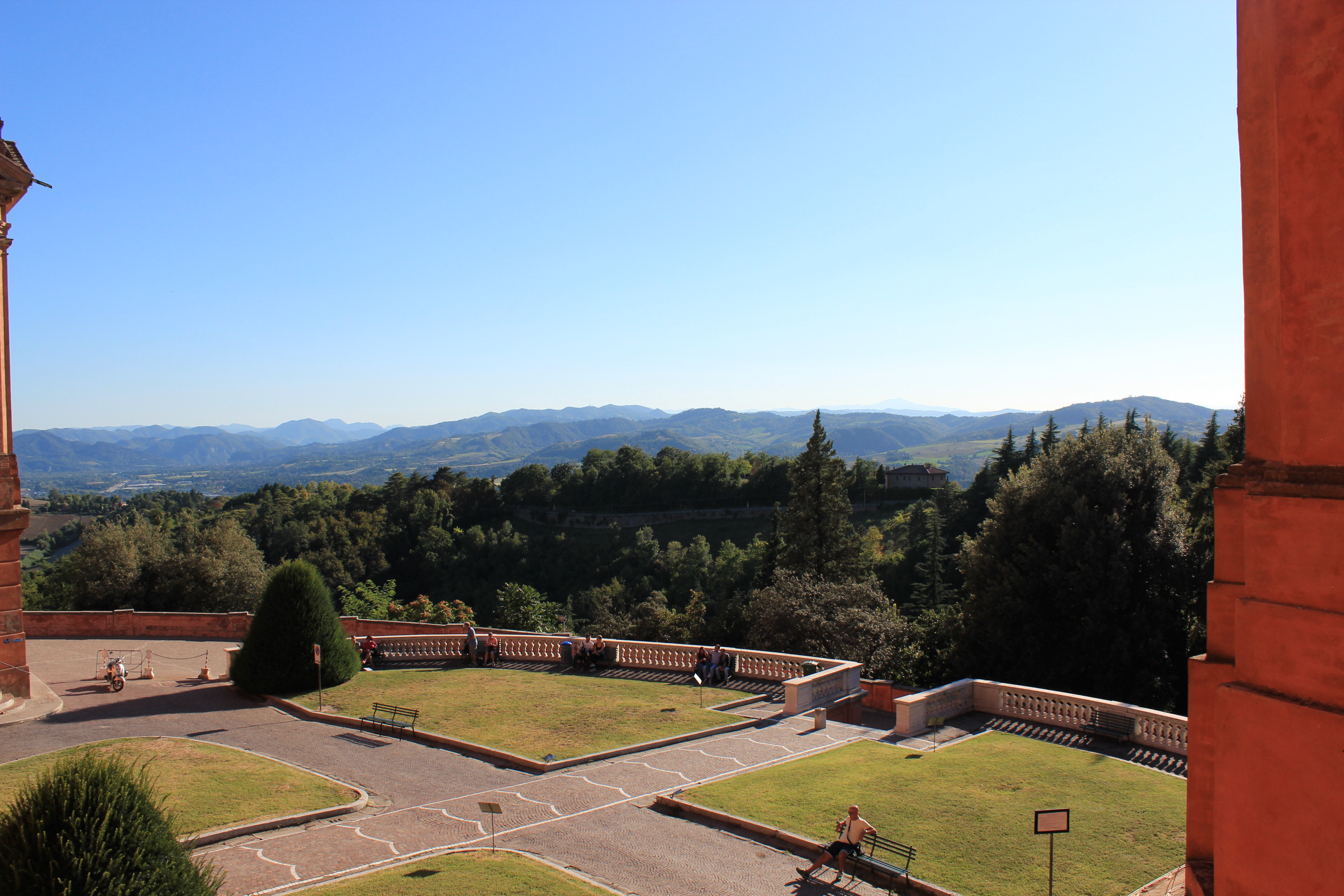 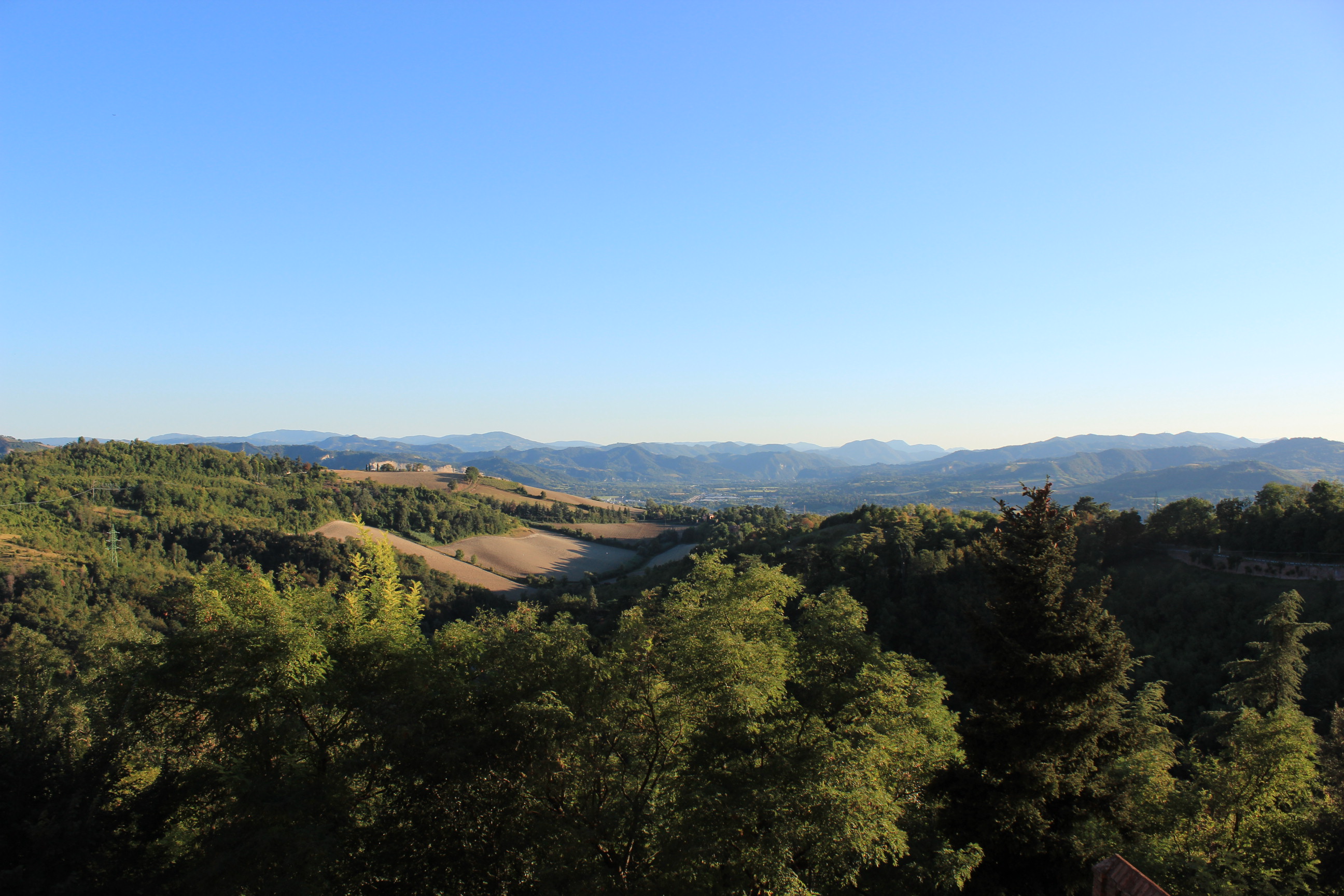 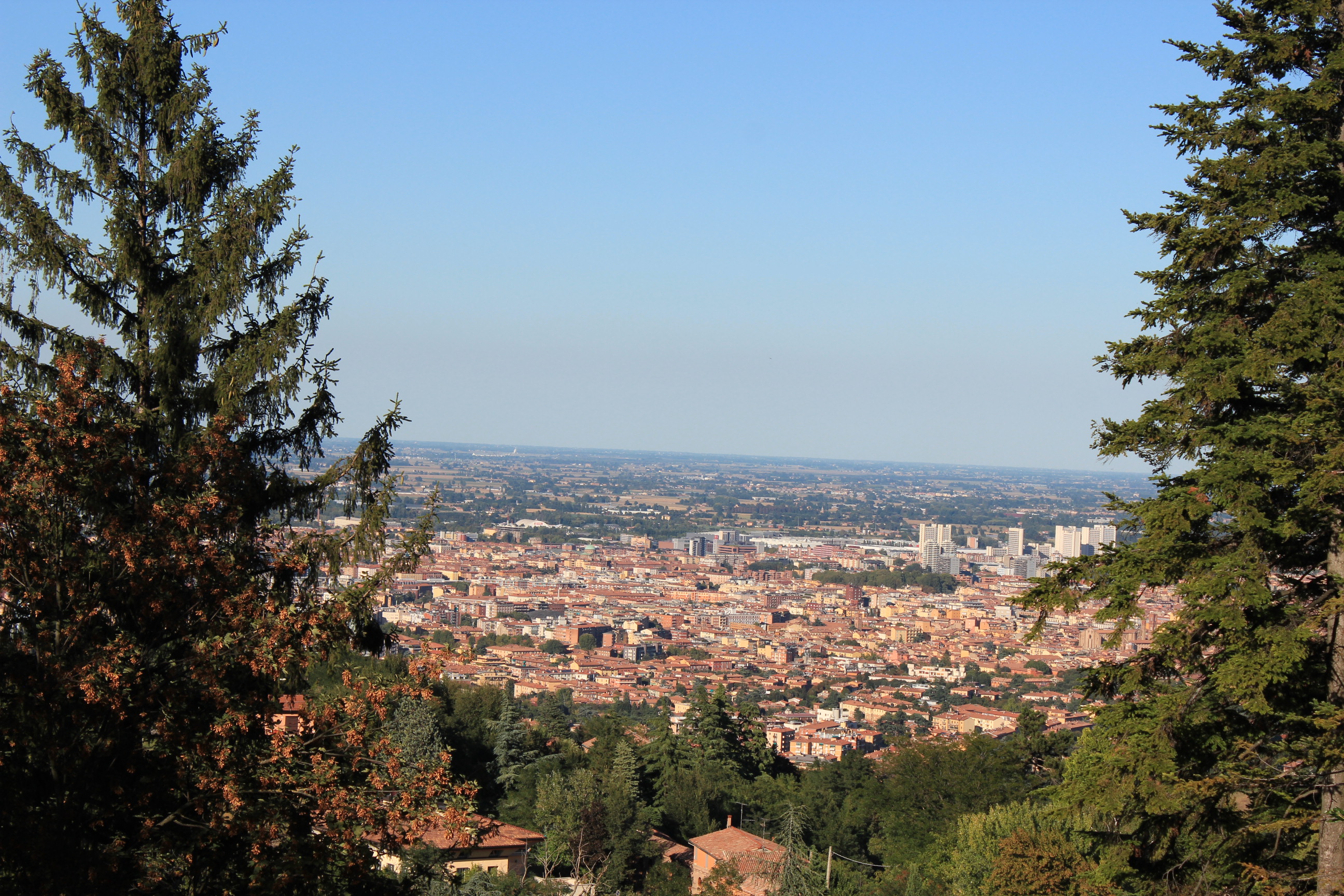 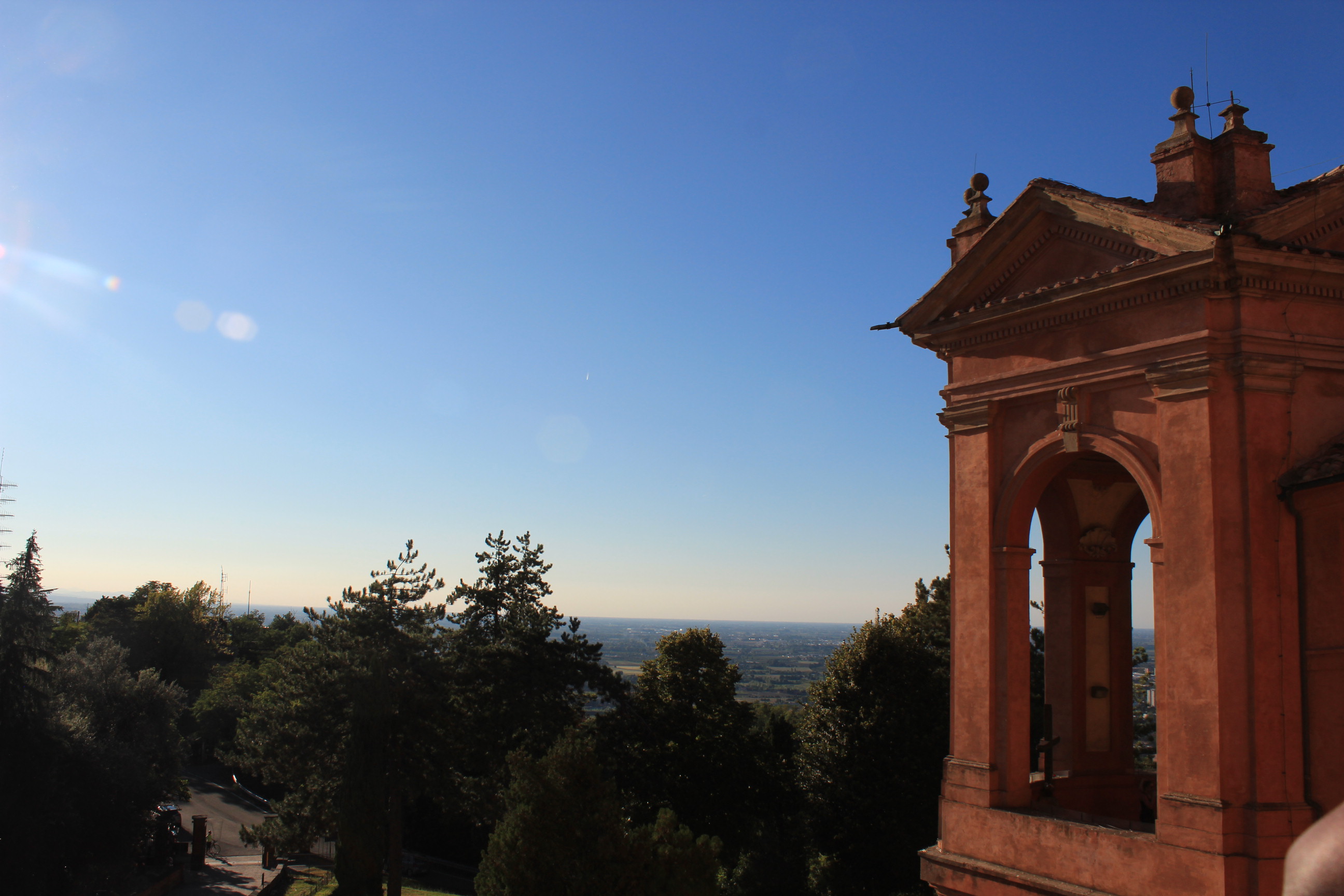 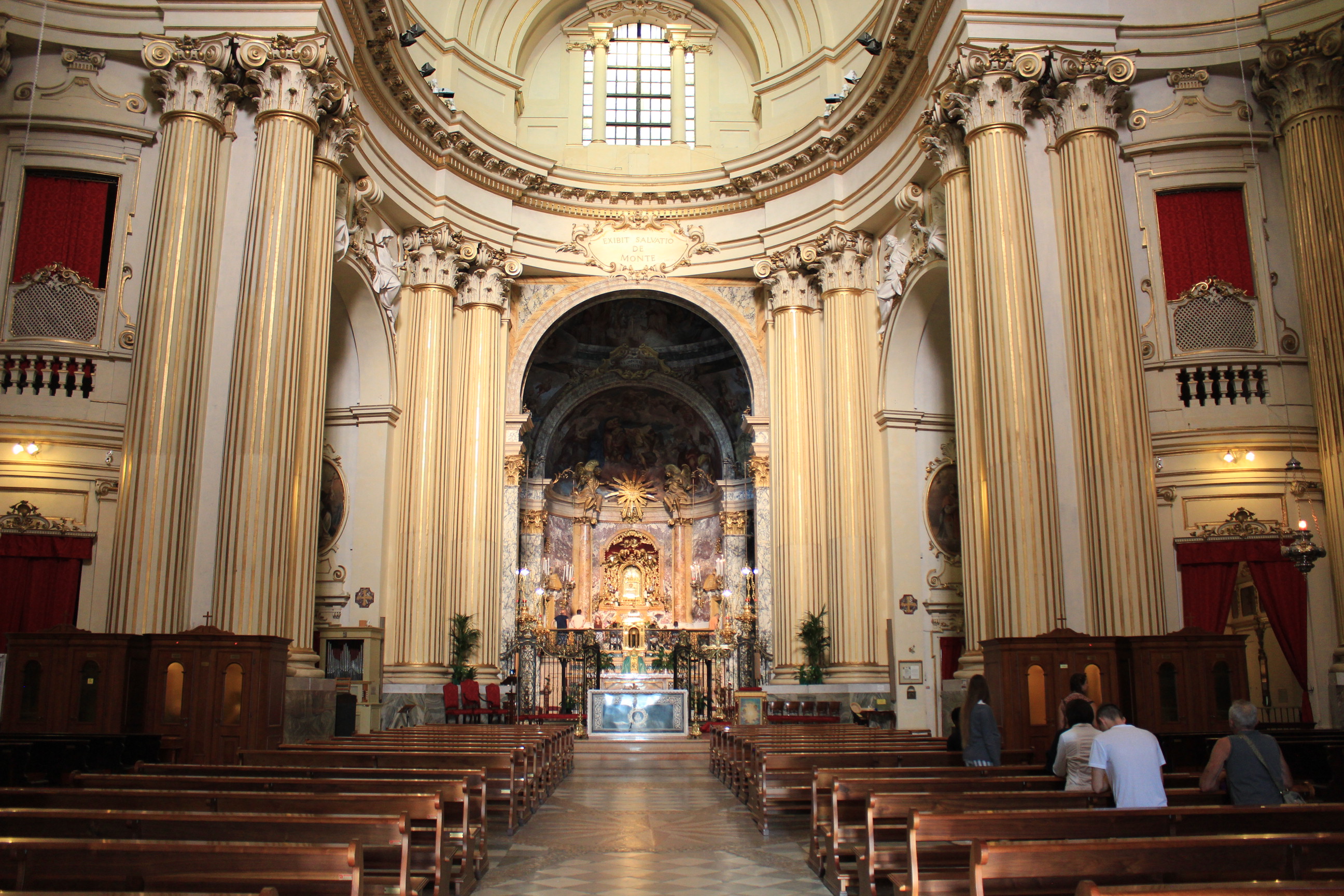 After a short break to take in the beauty of the Basilica and it’s surrounding, to my horror, David said we were walking back. We set off just after 7, by this time the Portico was full of runners running up, hundreds of them. The weather was much cooler and I guess it was after work hours. It is clear that the Portico is very popular for keeping fit in Bologna. That was very nice to see. In total, our walk from Strada Maggiore to San Luca and back totalled 11km. 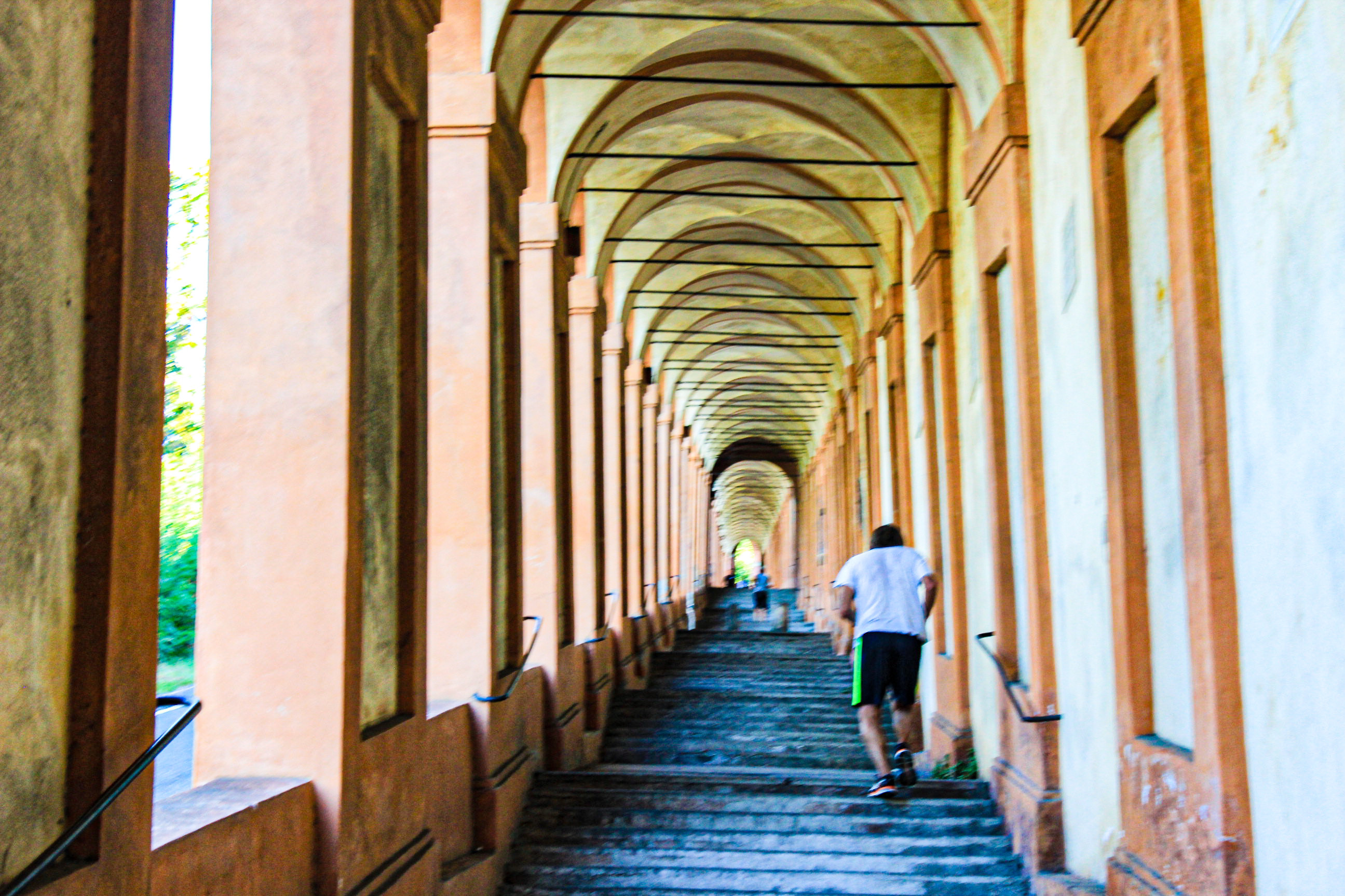 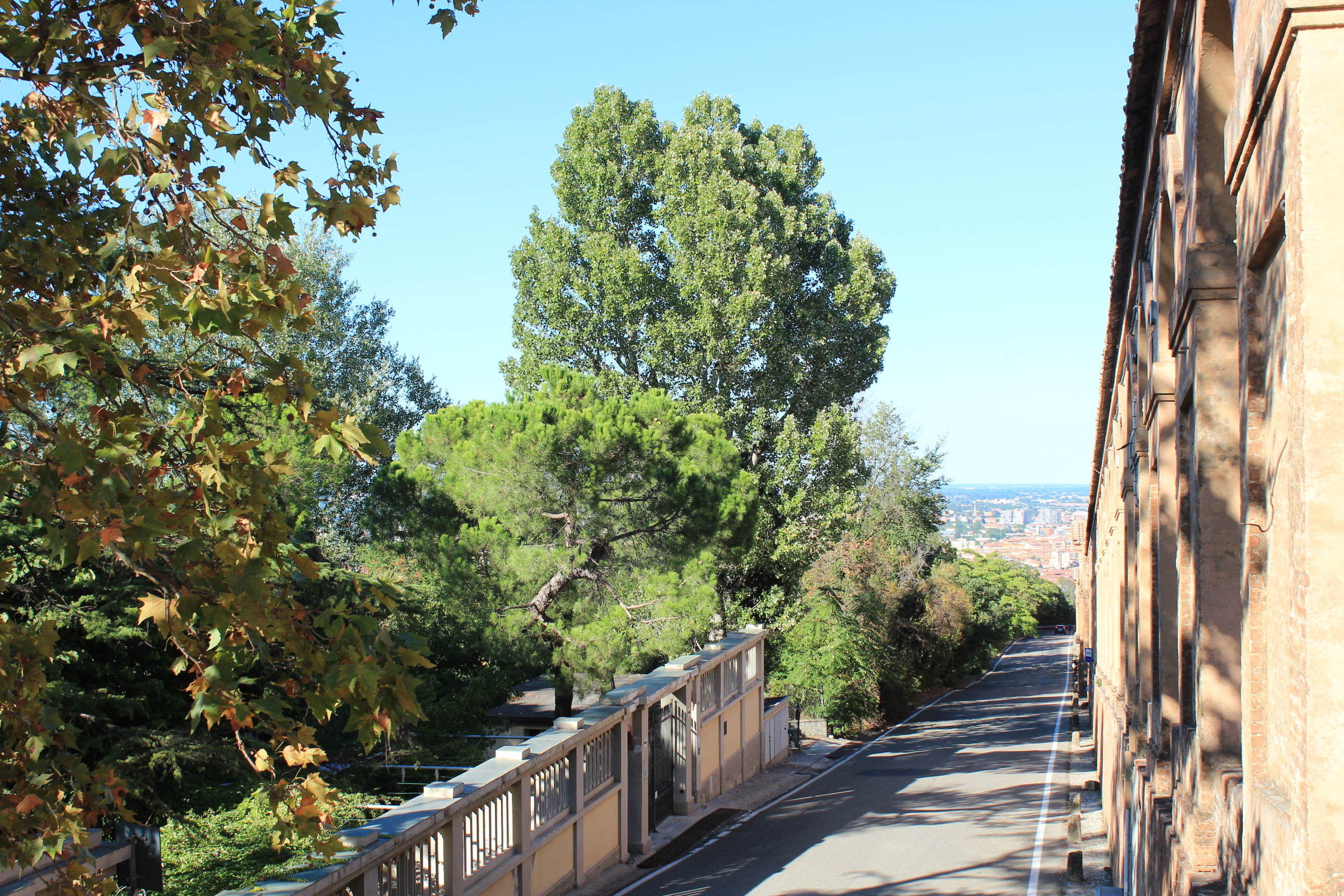 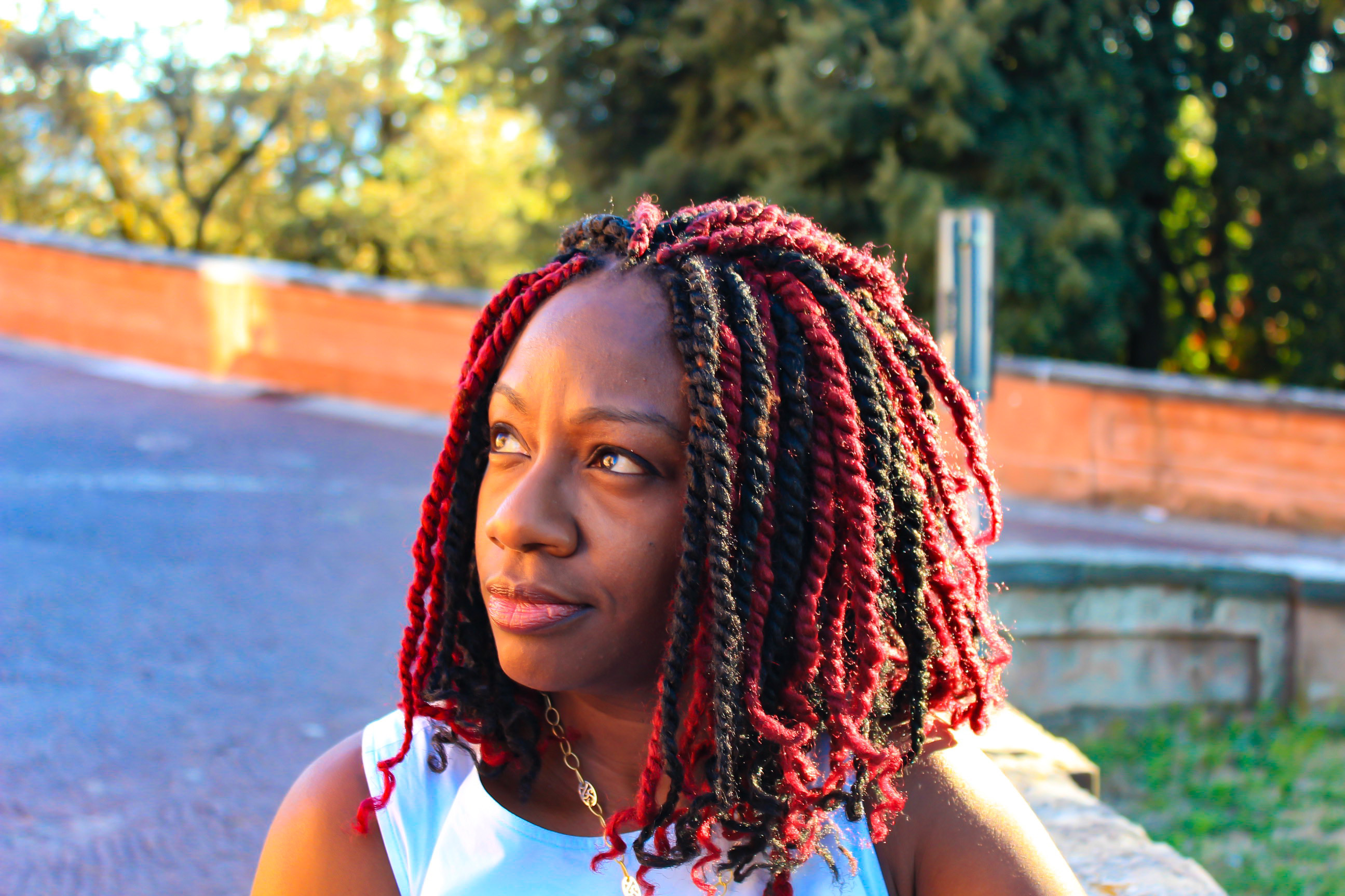 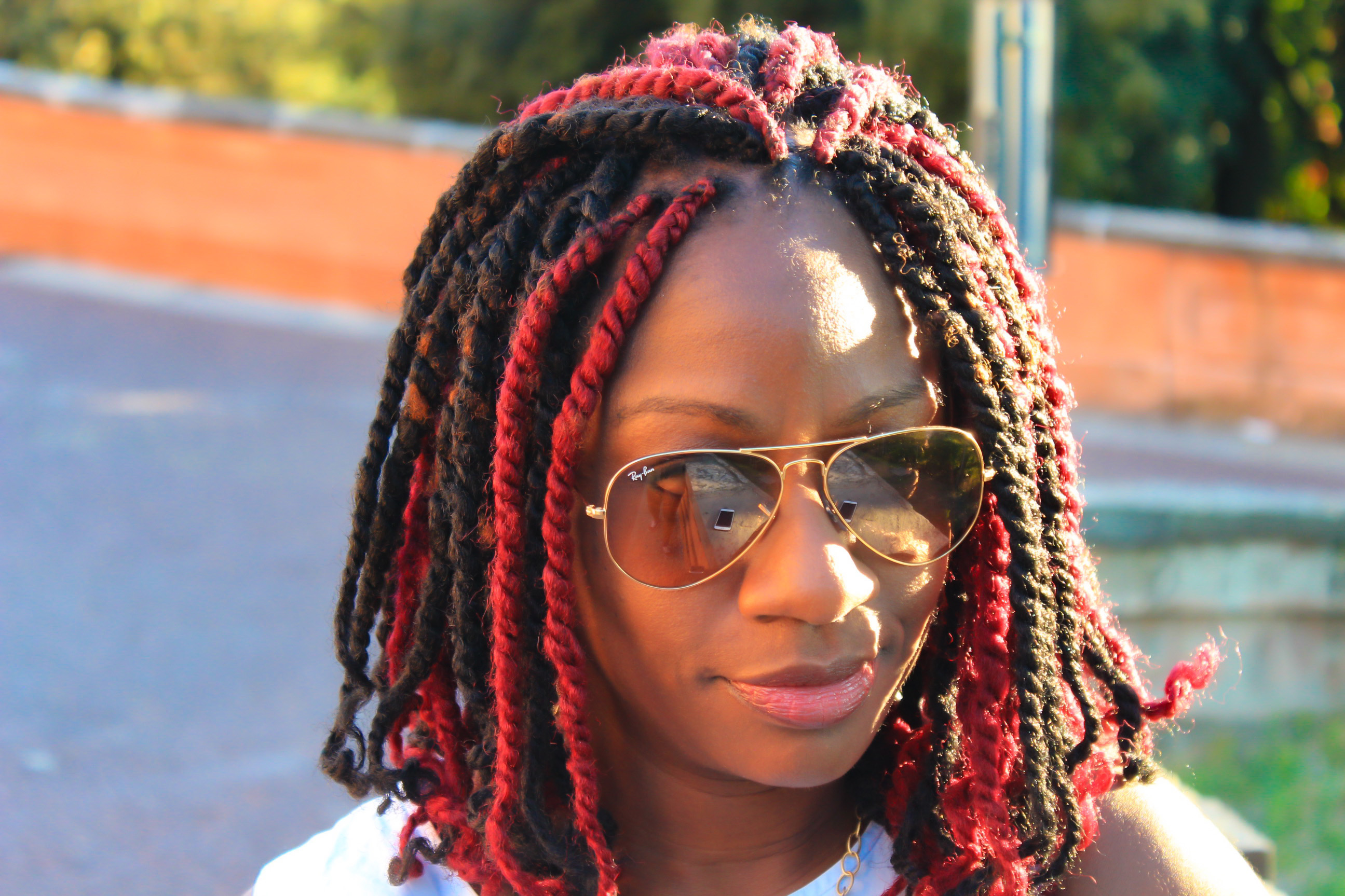 What I bought in… 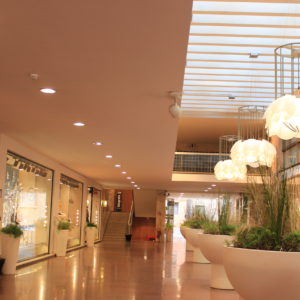 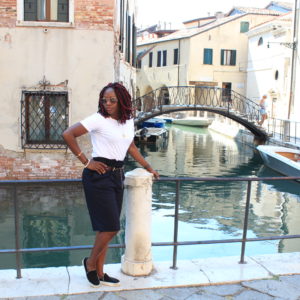