We parked on a side street near the school, I looked at my watch as we got out of the car, it read 4.49 pm. Our first appointment was at 4.50 pm.

“We can make it if we hurry, and they might be running late” Abi said and I started to walk fast.

“You should have worn your trainers” my daughter said looking at my shoes. It was then I noticed that she was walking and it felt like I was jogging in ankle length block heeled boots. We both laughed.  Abi is 5 feet 11 inches tall with long legs, her one stride is my 3 strides. I’m 5 feet 4 with what I believe to be regular length legs. I’m the shortest member of my family followed not closely by Abisola my 17year old daughter.

Abi had reminded me about her year 12 parents evening 2 days prior. I as usual, vaguely remembered getting an email from her school but didn’t get round to opening it to read, so I wasn’t aware the date was so near. When she reminded me, I promptly put it in my calendar, set a reminder and also asked her to remind me on the day. Yes, I’m at that menopausal age where multiple reminders are necessary.

I must commend Abi, she is very organised when it comes to her school life. She also knows her mother well and tends to make life easy for me. For example, past school Christmas parties, she would she pick cups or paper plates for me to donate because she knows anything that involves preparation is a no no. This time around, she got all her parents evening subject slots close to each other so there would be no waiting around – something she knows I dislike doing. 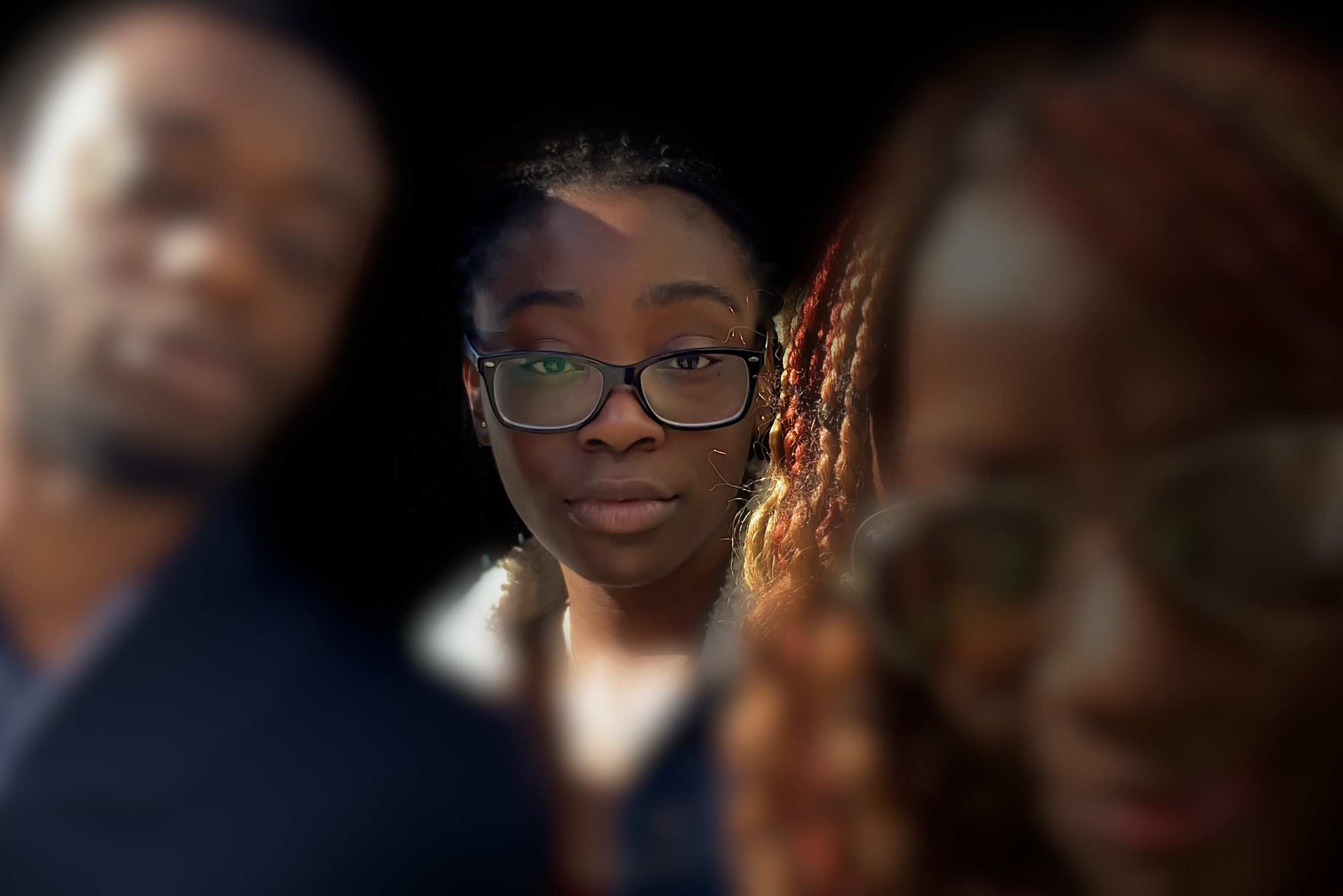 On the way to her school for her year 12 parents evening, she asked me, “so mum, are you going to ask the teachers questions? You never ask questions.”. I was slightly taken aback by that statement. However, thinking about it now, it is partly true. Partly very true. I’ve always struggled with questions to ask her teachers on parents evening.

“What sort of question do you want me to ask? I said. We talked about it for a bit and came up with 2 questions to ask.

Abi had told me that it seemed as if her economics class teacher preferred teaching the combined economics and business class to her economics class. I then thought a better question to ask would be why this was so. Hahahahaha! My daughter in horror, begged me not to. 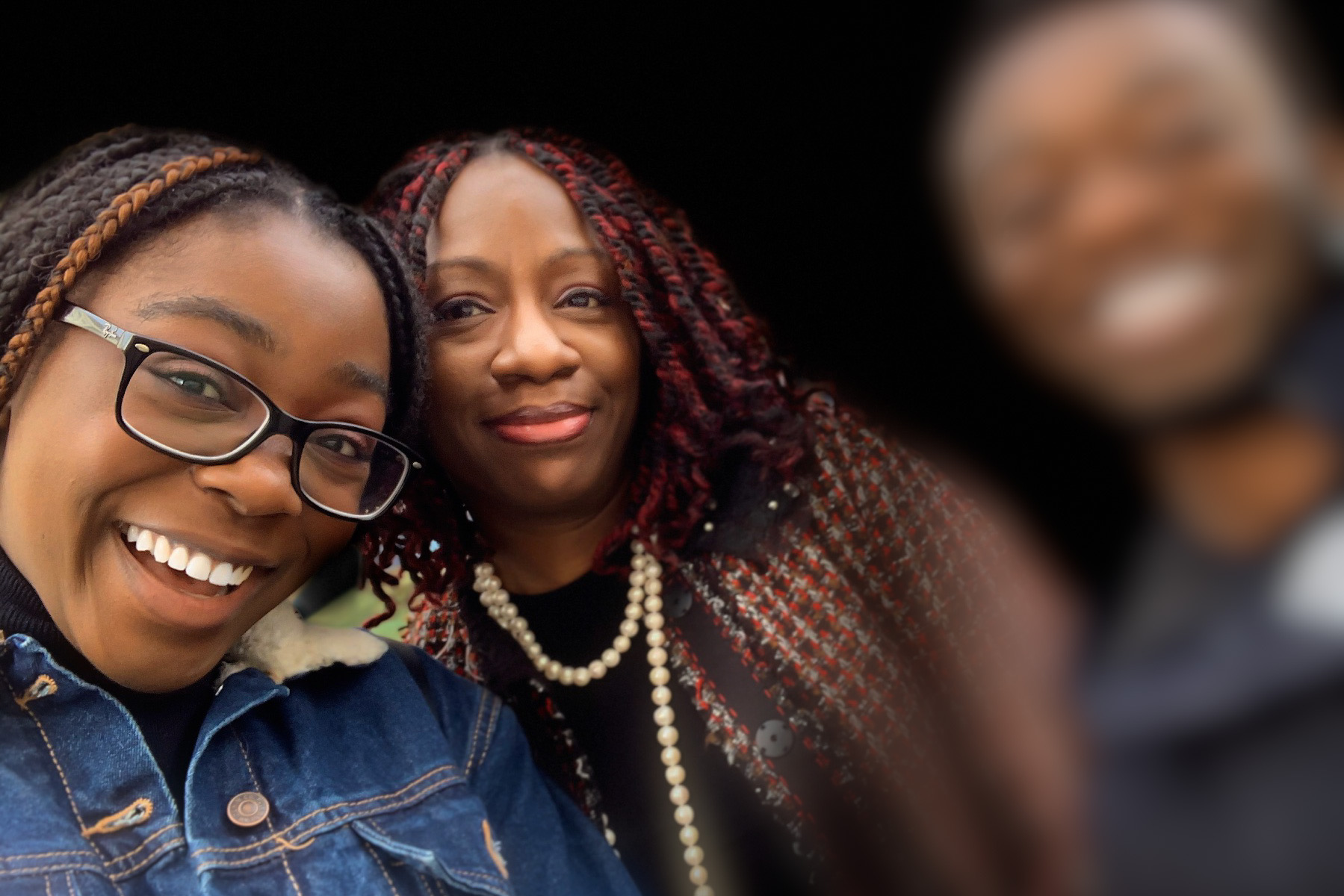 We got there a couple of minutes late but luckily, the student before us was still with the teacher. Here’s how it went.

She started by talking about how Abi was in class (question 1 knocked out), then she went on to talk about her current grades, projections, targets and she finished off with what Abi could do in addition to the work she was already doing (question 2 knocked out). At the end I was asked if I had any questions and I said no, all was covered in detail.

They talked about how Abi was in class, her work in a bit of detail (I didn’t have a clue about the authors she was studying I must admit), her grades, projections, asked what she did in study time and she was given additional study guide. We had used up our slot, I wasn’t asked if I had any questions. Which was a shame because I had decided to ask one. When we left, Abi said “maybe they wanted to use the time after”. They had a free slot after us, they might have had a cuppa in mind.

She told us she was happy with Abi’s  progress and read out all Abi’s test results. After that, she said something like, “How’s the tennis going, that’s what I really want to know”. That was quite amusing. We must have spent the longest with the maths teacher. We happily discussed tennis and at the end she told Abi to keep doing exam papers to practice.

As we walked out of the front entrance, I summarised the evening to Abi.

Teacher 1 – answered both questions before I could ask, teachers 2 – didn’t give me a chance to ask, they seemed like they wanted to do something afterwards, teacher 3, rushed through the grades and went straight to talking about tennis, and at the end told her what to keep doing to achieve her target grade. I had peeped the maths teacher’s class grade sheet, every single student was on an A grade except 2 students, I guess that’s why she didn’t have much to say and filled in the time with tennis. I didn’t mind that one bit btw!

I told Abi about her very first parents evening in nursery school. How after being told Abi could write her name, count to 20, knew her colours, shapes etc, I was asked if I had a question. I did. I told them I knew all I had just been told and asked to be told something I didn’t know like what Abi was like in class. It was almost as if that question took the teachers by surprise. Then, Abi was attending the nursery school of a very high achieving prep school, maybe parents were mainly concerned about the academic side. I on the other hand wanted to know how she was developing socially. After the initial surprise at my question, they happily told me what sort of a child my daughter was in class. 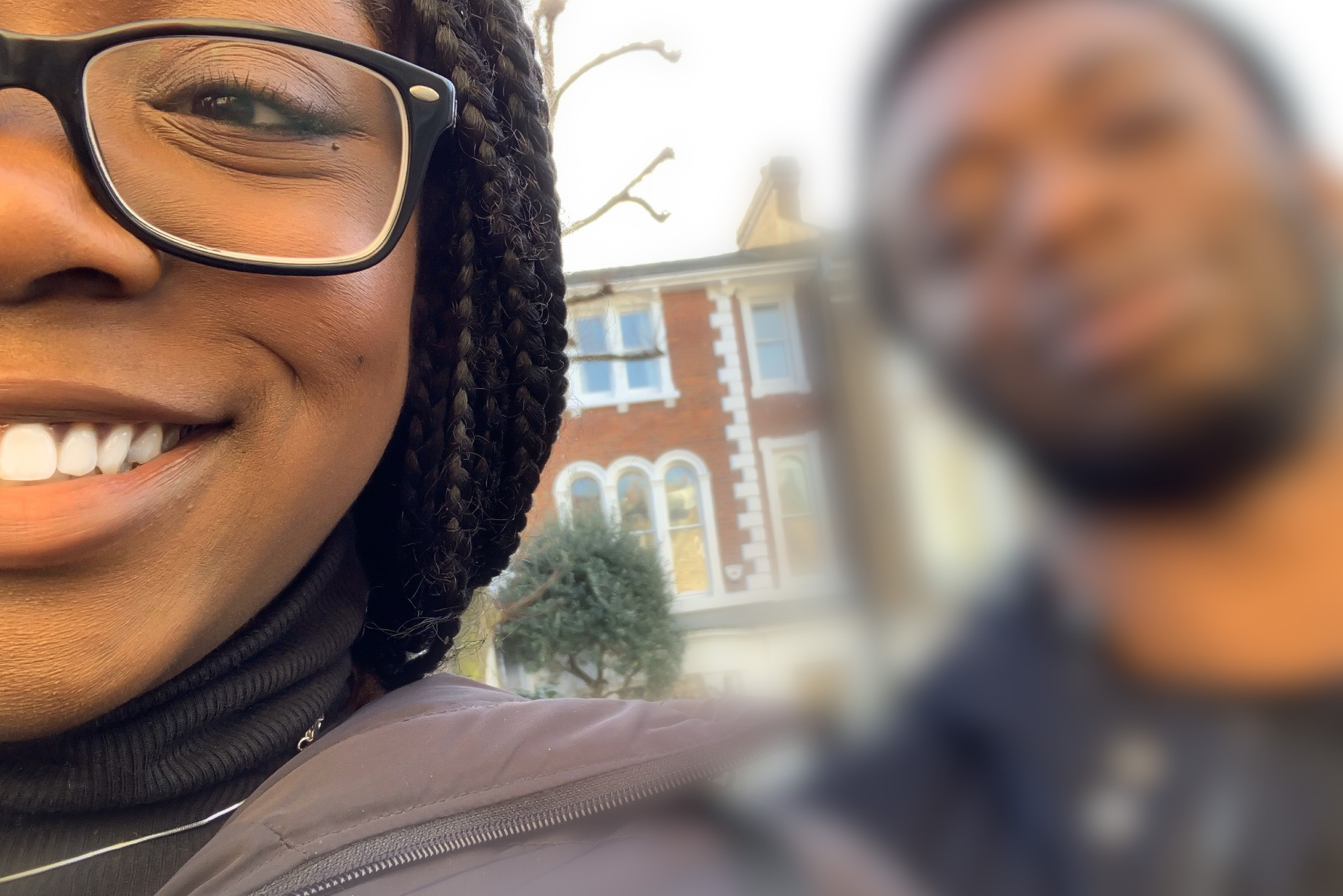 I told Abi  the reason why I often didn’t have any questions to ask her teachers at parents evening. The reason is simple, there sometimes is no need to. She’s done well all her academic life, no drama, no trouble, no cause for concern so parents evening has always been like a box ticking exercise. What I go to parents evening to hear, quite frankly could be put in an email. However, I understand the importance of going in. It’s nice to see teachers and vice versa, also when a child has worked hard, she’s wants her parents to hear it from her teachers. Other than that, if I had any concerns or pressing questions, I wouldn’t wait for parents evening to voice them.

I must admit, I haven’t really gotten involved with her school work. When she was learning to read I helped with that. Maths, anything beyond addition, subtraction and multiplication was directed to her father. I remember once telling her her art work wasn’t great, a few days later she smugly showed me her A grade. I guess I must have been comparing her work to Van Gogh. What do I know about secondary school art?

Could I be more attentive, sure but if there’s no need to, why?  She doesn’t need monitoring. Once you’ve had a child who’s had to be monitored a bit, you happily don’t monitor the one who doesn’t need monitoring. I explained to her that, she has been a hardworking diligent child all her school life and I am very thankful that from her nursery school up to this present year 12 moment, she has not given her family any cause for concern and as result, I have been on one long holiday. 🤣🤣

I think she was okay with my explanation.

Grammar school parents would understand what the parents evenings are like – kinda like a conveyor belt. Serious questions that would involve long discussions are best done by personal appointment outside the evening. 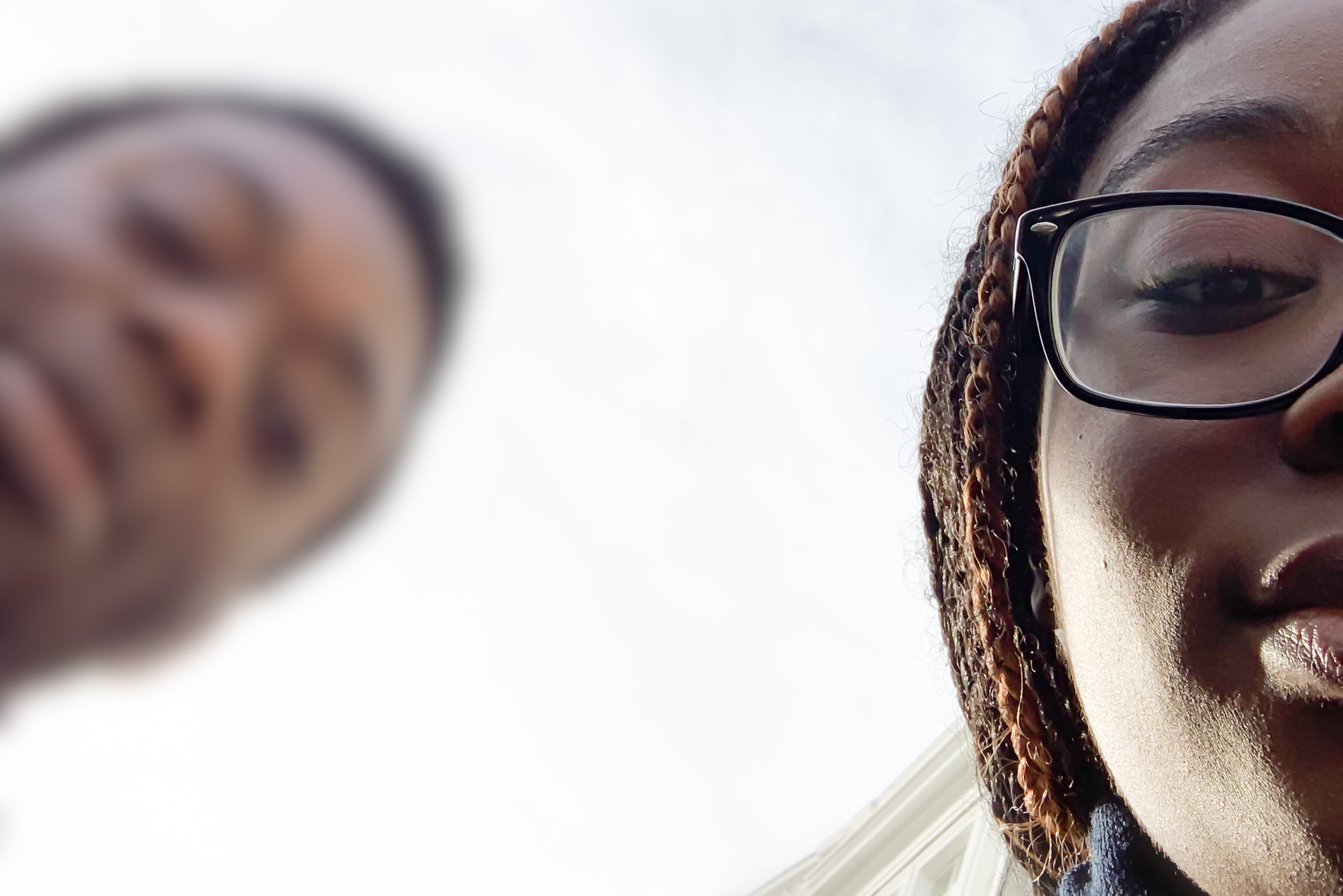 My On Going Battle With… 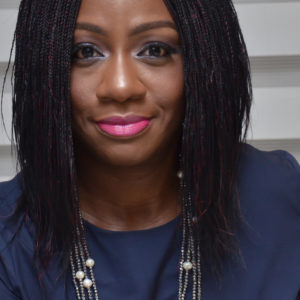 Travel Throwback! The view of the marina from the