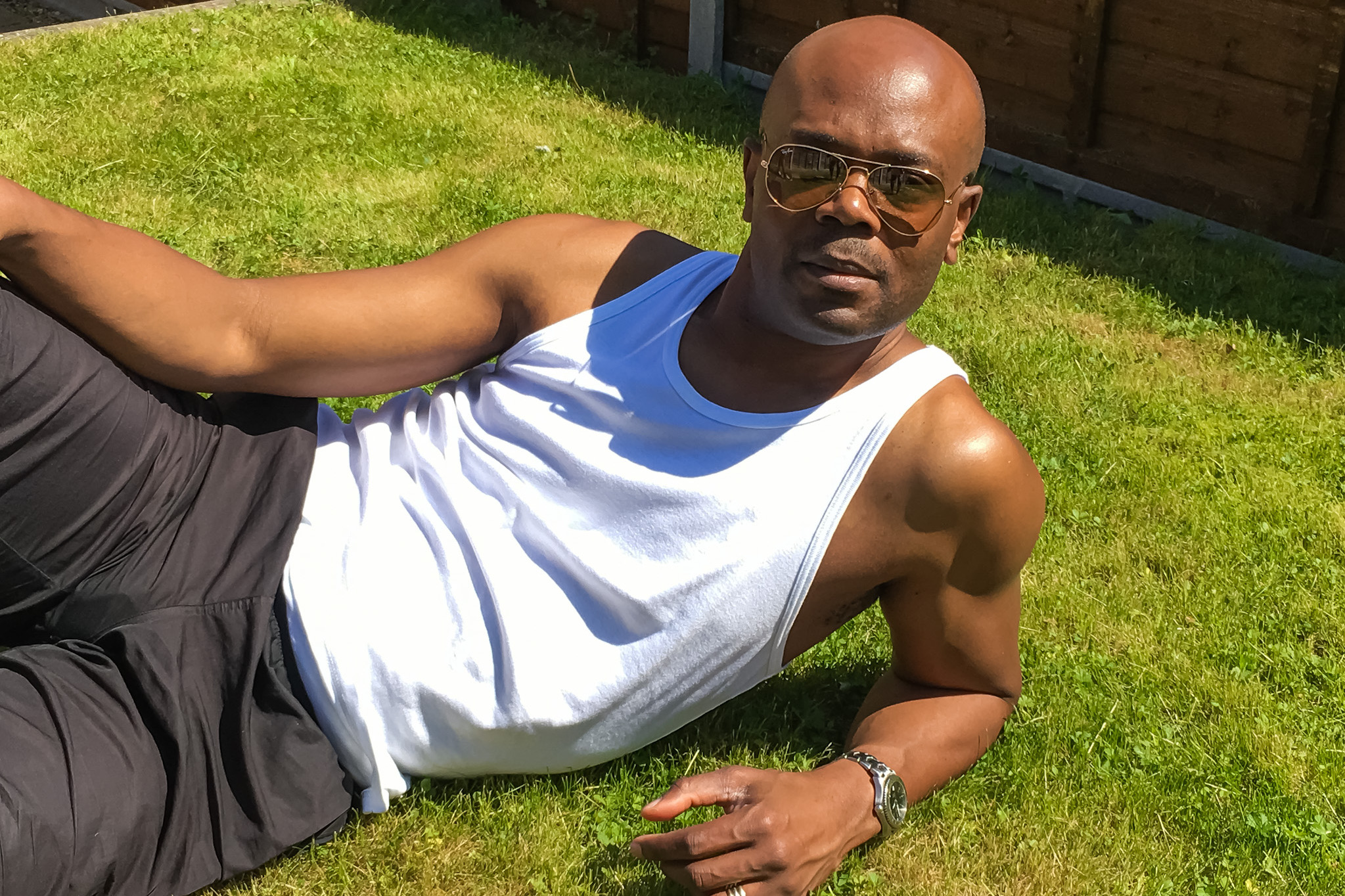 It’s my 24th Wedding anniversary today. I’m going to divert from my norm and talk about my husband, the role he has played in our marriage. This was initially meant to be a brief social media tribute, but as it got longer and longer I decided to publish it instead.

I stopped talking about David on social media a while back. Both him and our children would rather live quiet lives. However, I’ve told him I’m writing a blog post about him and he’s hasn’t objected to it. Actually, this is my “talking about husband” season so I will probably mention him in another post in the not too distant future.

I remember just before we got married my mum saying to me, “Kehinde, there is no perfect man. You are not perfect, your husband will not be perfect”. The burden of perfection is not something I put upon myself and I naturally resist that burden being put on me. If we aren’t perfect, then, we can’t expect anyone else to be. It is with that in mind, I started married life.

David and I got married because we fell in love. He was besotted – totally. It’s been quite a ride.  David recently joked that he just had to marry me because he didn’t want a boring perfect life. Yeah, he would have spent his whole life stuck with the wrong woman and longing for the one he let go. Hahahahaha!!!

Nowadays, I try not to take the fact that we’re still married for granted. The amount of broken marriages out there is a constant reminder to be grateful. If there are more positives than negatives in a marriage, then it sure is worth it. 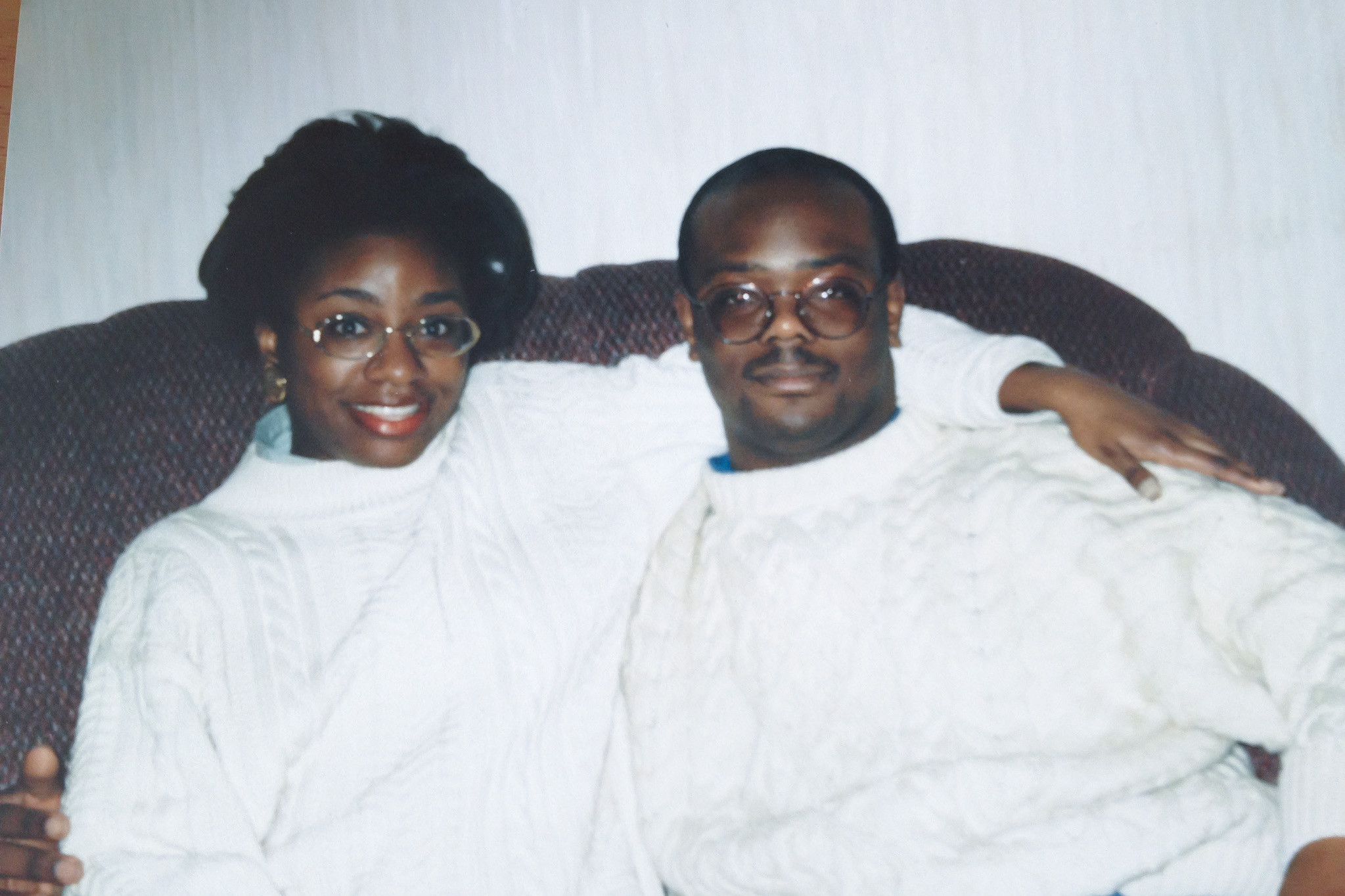 How does one stay married after almost a quarter of a century? I guess it varies from person to person. I am no marriage counsellor, all I can write about is how we have managed to make it work.

How have we managed to manoeuvre the tricky waters that is marriage?  By God’s grace and 👇🏾👇🏾👇🏾.

Both of us have been on separate journeys of self development. Young early love can’t sustain a marriage when the challenges and realities of life pop it’s head. David is a knowledge seeker and at the moment, there is probably no area of human life he isn’t knowledgeable about. Once upon a time, I called him “intellectual” to mock him because his knowledge irritated me. Read his Facebook posts and you’ll understand. I often have to pick up a friggin dictionary.

According to David, in 1998 at a men’s seminar, Miles Munroe said, “If you want to hide something from a black man, put it in a book”. His journey began after he heard that. He was not going to be the black man who opens his mouth and spews stuff from a position of ignorance and emotion. I guess it was only natural that I eventually drifted into studying areas of science that deal with human behaviour. The fact is, as humans we have to evolve, expand our minds by constantly learning and grow.

Marriage is tough. Nowadays, the probability of it lasting up to 20 yrs is low. The human who does not elevate him/herself mentally, emotionally and spiritually will struggle. You can’t change anyone, you can only change yourself. And, you can’t change yourself if the desire to change is not there. We must want better. We must think better in order to behave better. Our thoughts drive our actions. We can’t react positively in times of conflict if we can’t control our emotional reactions.  In any situation, at least one person must think , “what action of mine will bring the best possible result for this union”.

If you ask David, he will tell you that early in our marriage, he worked on his emotions first. Because he probably, quite frankly, did not want his wife to drive him nuts (my words not his). David does not do knee jerk speech or actions. He does not do things without careful thought. He does not spite. Though by nature, he’s a man who is in control of his emotions (it doesn’t go up and down like the British weather), marriage will test even the man who has mastered emotional control.

According to Stephen Covey,

“Our problems and pain are universal and increasing, and the solutions to the problems are and always will be based upon universal, timeless, self-evident principles.”

Everything David does is from a position of principles. Mr Covey uses the words “self-evident”. David (who has never read Steven Covey’s book), approaches everything in his life from a fundamental principles angle. As far as he is concerned, if we violate any of the laws that govern life, things will go wrong. This is something that David says we as humans should know without being told or reading about it somewhere.

Unfortunately, many people don’t operate from a position of principles, the opposite is commonly the case. It simply does not come naturally to many people. We have to learn it.

Then, knowledge is one thing, practice is another. Actually, it’s bloody hard to do! The ability to always think rationally in times of conflict or stress is a skill to be mastered. If in every situation we find ourselves in, we make decisions based on the natural laws that govern the universe, we will make the right decisions within marriage as well. When we make that a focal point in marriage, we’ll have more ups than downs. He’s better at it than I because it comes more naturally to him.

The fear of the Lord

“The fear of the LORD is the beginning of wisdom,

And the knowledge of the Holy One is understanding.” – Proverbs 9:10

There are unbelievers who practice biblical principles better than many (not all) believers who, nowadays try to manipulate scripture to suit. That a man claims to be a Christian does not guarantee he will be a good husband or marriage to him will last.  I’m grateful that David and I both fear the Lord, and it is that fear that keeps him on the straight in the world we live in today where sadly, many Christian men are living like they don’t even believe in God anymore. His knowledge of the word of God is Rock solid! You can’t bring scripture to him and quote it out of context. When faced with down moments in our married life, my husband allowed God to lead him through. There is a lot of sense in not continually banging your head against a wall because a situation is not changing. You will get a headache.  It takes a big man to put ego to one side and reason, “let me do what is right in the eyes of God first and not give her a piece of my mind”.

We started off as friends. So much so, some people thought we were brother and sister. 🙄

Back in the day, at some point, David became my best friend. I think my chattiness fascinated him. In his own words, “I had no guile”.  Back then, I preferred  talking to the opposite sex because it was so much easier than talking to my own sex. You don’t fight with male friends, there is no jealousy or backbiting and their feedback is genuine. In those days, I hung out more with the opposite sex than my own for the aforementioned reasons – it was simply stress free. My natural disposition is a stress free existence. David and I clicked because he was funny (I loved hearing about his escapades with women) and I talked freely. We were comfortable in each other’s company, we had a banter, a flow and we were tactile. It remains like that till this very day.

The funniest part of that is, he does not look it. David is the wittiest, funniest man I know. I laugh everyday!! Okay, not everyday because when we’re not talking to each other, no one is cracking jokes. We have different types of humour, I can be ridiculous. I often do the exact opposite of what most African women my age do. We make fun of each other a lot and 95% of the time it goes down well.

Arguments are healthy!!!! As far as I’m concerned, arguments are like debating. They can be fun if there is no nastiness.

We argue a lot probably because I like arguing/debating. Hey! I studied Philosophy as a first degree. Which means, I must be the sort of person who likes arguing/debating.  Actually, I remember how I would argue with the HE teacher way back in secondary school just to wind her up and add spice to her boring lessons. I recall one particular day when she asked me what goes with pap as a meal and  I replied, “ogi and bread”. My argument (explanation) was, when my cousin drank ogi, he dipped bread in it. She cursed me in frustration that day, she said I’d get an F in Home Economics. I believe the only reason why I got an A in the subject is because I wanted to say “up yours” to her. It certainly wasn’t a favourite subject and I still don’t like cooking.

David and I are opposites, so we are bound to argue sometimes.  We see many things differently. However, over the years (since I’ve been on a massive self improvement drive), I have learnt that getting emotional when disagreeing doesn’t help solve problems. Every time I give in to my emotions, I make a mental note to myself to do better the next time. Practice makes perfect. He on the other hand, has learnt to side step such arguments. No point trying to drive a point home to an emotional woman. Oh and, he also learnt how to ignore my windups.

We are honestly, 24yrs later, still attracted to each other like we were back in the day. Why should I go and look for a younger man when I’m married to one who’s like he’s in his 30’s? And, why should he go in search of a younger woman when he finds his wife very sexy? It’s a no brainier. Let’s save what we have for each other. Btw, it’s cheaper.

In matters of intimacy, if both parties considered the other, things should go relatively smooth in that department.  Now that our children are grown up, we feel like young lovers.  Read my post about this here.

By the way, with all the stories circulating about sexual infidelity, lack of sex etc within Christian marriages, I think sexual compatibility should be high on the list of marriage prerequisites. Know what you’re gonna get before you get hitched. How that’s gonna be done, I don’t know. 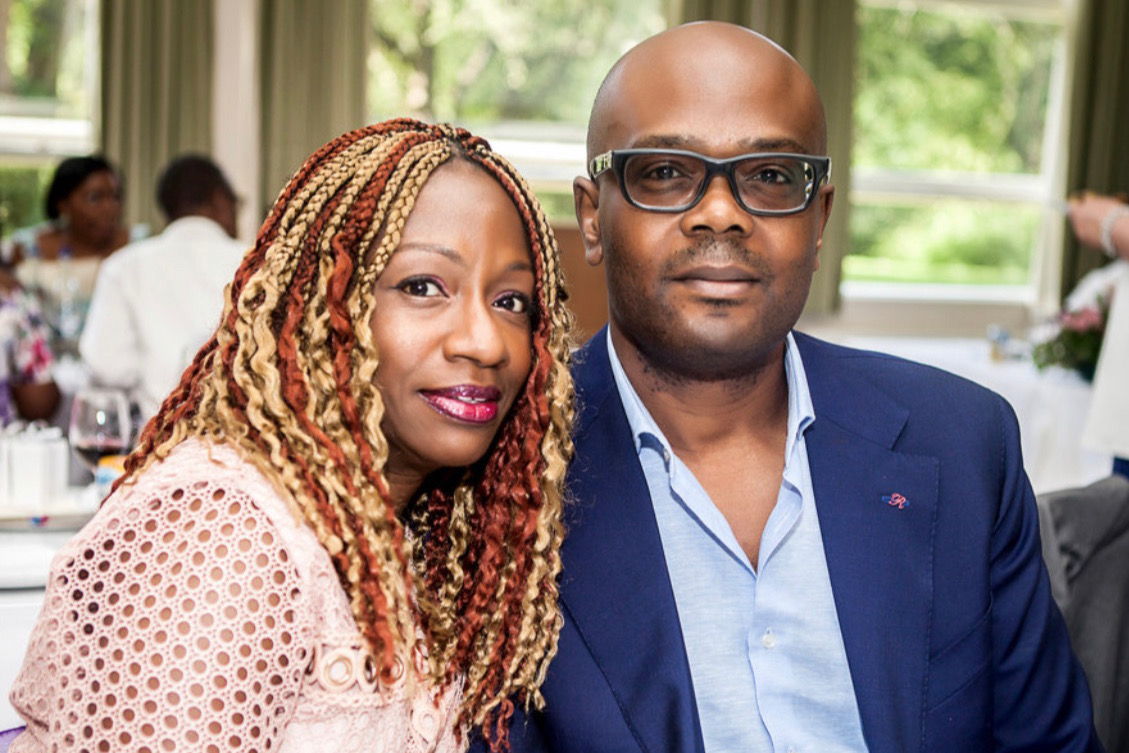 Speaking for myself, I can’t say that I’ve been diligent in all areas of my marriage. There were times in the early years when I dropped the ball. Times when I struggled with motherhood and being a wife because of my free spirit tendencies. I put that all down to last born mentality – something’s gotta take the blame!

I believe that God, and the fact that we are friends who love each other passionately ultimately saw us through.

Sex Should Naturally Be More Frequent In The Older Years.